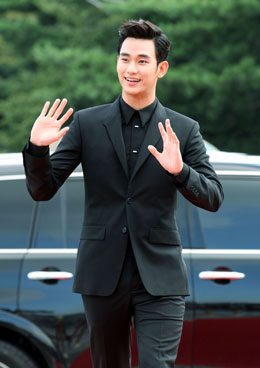 The Seoul Metropolitan Government will designate actor Kim Soo-hyun as one of its public relations representatives, according to Keyeast Entertainment yesterday.

A ceremonial event to mark the designation will be held at 2 p.m. on Saturday at Dongdaemun Design Plaza, central Seoul.

“We’re so glad that we could appoint Kim as a PR ambassador to the city because he represents the Korean Wave,” Seoul City said in a separate press release.

“We hope he will bring positive energy and influence to the tourism industry.”

After appearing in the hit drama series “My Love From the Star,” Kim has enjoyed tremendous popularity overseas, especially in China.