What comes to mind when you think of a DJ?

If an image of a man playing requested LPs inside a small booth springs to mind, you’re probably in your 50s or 60s. But if you imagine a person who rules the party while mixing tunes on their decks, it’s likely you’re thinking of electronic dance music, or EDM, which is currently sweeping Korea.

EDM is a music genre optimized for dancing. With the increasing popularity of electronic dance music and club culture here, Korean DJs are beginning to enjoy the kind of popularity more typically seen by rock stars or K-pop singers.

“Unlike other genres that have vocals or instrumental music, EDM truly relies on the DJ because he makes music using electric equipment. Without the DJ, there is no music,” said Park Seung-jun, publisher of the EDM webzine Below.

About 10 or so private DJing institutes and academies have popped up around Seoul. And with the increased interest, Dong-Ah Institute of Media and Arts established a new department dedicated to electronic music production last year.

“The first year we recruited five students for the electronic music production department,” said a spokesperson of the college, located in Ansung, Gyeonggi.

Korean DJs are also making a name for themselves overseas. The remix “Sinabro” produced by DJ Kago Pengchi, was featured on Armin Van Buuren’s podcast.

Buuren is an internationally renowned Dutch producer and DJ. His podcast exerts a huge influence in the world of EDM. 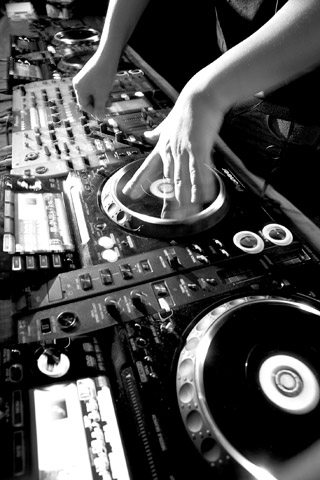 Justin Oh is also an up-and-coming DJ here. The Korean-Canadian is a regular at Ultra Music Festival and recently released its theme song in collaboration with the singer Younha.

Korean DJs have come a long way compared to the 1960s and 1970s when shoddy restaurants and tiny tea houses hired them to play requested music for customers. Today, they are the pinnacle of music festivals and are considered artists.

“A DJ is a one-man band and a conductor. Our main job is making people feel high and low with our music,” a local DJ, Rubato, told the JoongAng Ilbo.

Ryu Jae-hyun, the head of Sangsang Factory, a venue that has organized the annual World DJ Festival since 2008, describes DJs as “shamans of the 21st century who supervise rituals.”

Things may have changed significantly for the EDM scene in Korea, but DJs based here still feel what they do is viewed negatively.

Korean-Belgian DJ Gio Vanhoutte began spinning music in Belgium eight years ago after he saw a close friend DJ at a club. Instead of pursuing his former dream of becoming a chef, Vanhoutte, who goes by the name DJ Gio, began mixing tunes. He wasn’t hesitant at all about the decision because DJing is a coveted job in Belgium.

In 2012, Gio was selected by W Hotels Worldwide as one of the world’s six most promising DJs.

“Singers ask DJs to produce their songs in Belgium. Once you start off as a DJ, the next step is producing,” Gio said.

“If you become a producer without experience in DJing, people tend to think you are ignorant to the latest music trends.”

The basic principle of DJing is mixing more than two records together to create a new sound, which is more complicated than it appears, according to those with experience.

“Many young people tend to think of the job as something easy and glamorous, but many DJs nowadays learn the basics of music like harmonics and create music,” said DJ Jaein, who regularly performs on the club circuit in Seoul.

In Korea, EDM has a relatively short history.

Until the late 1990s, EDM was considered underground music, but it went mainstream as more dance clubs popped up around Hongik University, western Seoul. 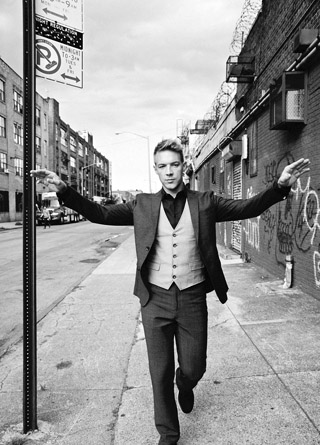 DJs have become an integral part of a wide variety of events as a result of the increasing popularity of the genre. For example, CJ E&M invited U.S. DJ Diplo for this year’s Style Icon Awards.

The DJ, who has worked with Beyonce, Usher and No Doubt, will host the main ceremony as well as the after-party tomorrow.

Riding on the popularity of EDM, W Seoul Walkerhill, which has been nurturing young and promising DJs for years as part of the W Hotels Worldwide campaign, also hopes to see more successful DJs coming from Korea.

“Our mission is to find a DJ who could become the next big thing on the global stage so that we can send him or her over to other countries.”

According to Sangsang Factory’s Ryu, EDM has a long history in other countries and is enjoyed by all walks of life, regardless of age.

“But some Koreans still have a biased view of this genre of music because they associate it with club culture,” Ryu explained. “I hope it will become a music genre that is enjoyed and beloved by more people.”

Meanwhile, EDM and DJing are accepted as mainstream in other countries. U.S. business magazine Forbes even began ranking the world’s highest-paid DJs in 2012. British DJ Calvin Harris topped the chart this year by raking in $66 million annually.