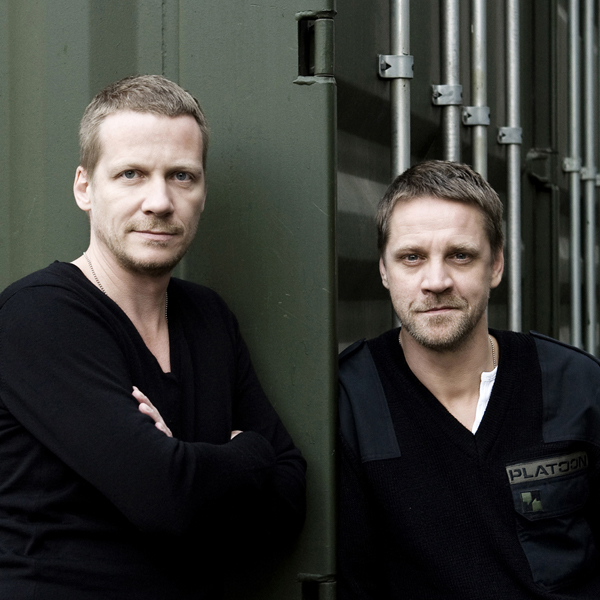 When the Berlin Wall fell in 1989, millions of people flooded into West Berlin to reunite with their loved ones and to collect the 100 DM ($65) in “welcome money” provided by the West German government.

Going against the flow of the grand exodus, however, was a small group of street artists who quietly snuck into East Berlin to transform the abandoned buildings and monuments into their creative playgrounds.

Tom Bueschemann, cultural entrepreneur and co-founder of Platoon Kunsthalle, is poised to make a similar swoop into the untarnished concrete ravines of Pyongyang. 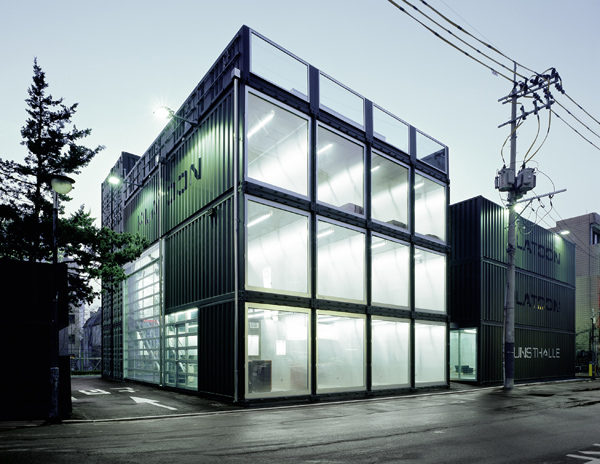 In fact, one of the reasons why Platoon, a concept space dedicated to art, subculture and creative communication, opened its first overseas establishment in Seoul over other cultural hubs in Asia is because of the last remaining vestige of the Cold War, Bueschemann told the Korea JoongAng Daily.

“We had this vision - how great would it be, if we as Germans, who have already lived through one reunification, were on site with our project when Korea reunifies,” Bueschemann said.

“We could basically send our containers to Pyongyang the very next day to connect both cities in a wonderful, exciting way.”

The exhibition spaces that Bueschemann has successfully erected in Berlin and Seoul with his business partner Christoph Frank are assemblages of around 30 army green freight containers.

The mobile construction smacks both of a military invasion and international trade, essentially summing up the very concept of Platoon’s aesthetic: Invade the territory of the establishment and foster the exchange of subcultural goods and ideas.

Both spaces in Seoul and Berlin, consequently, are located in posh neighborhoods - Gangnam District’s Nonhyeon-dong and the bourgeois Prenzlauer Berg. They thus “invade” spaces of consumerism with subversive art projects, much like postmodern Trojan horses.

In Pyongyang, however, the operation will have to be more covert. Bueschemann envisions sending one container filled with art materials - be it paint brushes, canvasses, musical instruments, analogous or digital tools - every three months as a form of “cultural aid.”

“We believe that instead of sending 100,000 troops to the Middle East, it would make more sense to send 30,000 culture and communication experts - they would solve the problem in no time,” he said.

That way, the North’s Ministry of Culture receives the newest art supplies, and Bueschemann and Frank slowly accumulate the building blocks for a Pyongyang branch of Platoon.

To pitch this idea, Bueschemann traveled to this year’s Pyongyang International Film Festival that ran from Sept. 17 through 24.

He says ministry representatives there were quite positive about the project’s prospects but couldn’t promise approval just yet.

But with the North’s existing cultural exchange projects and its particularly friendly attitude towards German initiatives, Platoon Pyongyang may stand a chance, according to Bueschemann.

“We’ll just hang in there and build a force with our contacts in the meantime so that we can hopefully enter the country before reunification happens. I’m quite optimistic that it is possible with the right kind of support.”

Among other successful global forays into the North’s cultural scene is the branching out of the state-run Mansudae Art Studio in 2006, when Pier Luigi Cecioni, then president of a classical orchestra in Florence, was hired as its international representative.

With the help of Cecioni, Mansudae - one of the world’s largest sites of art production, employing 1,000 artists - has held exhibitions abroad and has engaged in cultural exchange.

The Munich Chamber Orchestra has also traveled to Pyongyang repeatedly to hold workshops with university students. And since last year, an annual German Film Week has been held, reaching around 1,000 visitors each time.

Around 40 North Korean filmmakers, musicians and librarians have so far been able to travel to Germany on different cultural exchange programs.

Perhaps closest to Bueschemann’s endeavor, however, is the Norwegian push for an international art academy. The DMZ Academy is organized by Morten Traavik and Henrik Placht and is set to take place next August over two weeks. This marks a more contemporary approach compared with other projects geared toward the fine arts and classical music.

The next steps for Bueschemann will be to return to Pyongyang for German Film Week in spring and to meet again with contacts from the culture ministry and state-run production company Korfilm at the Berlin International Film Festival in February 2015.

Previous attempts have shown that cultural relations with the North are both possible and feasible but that it takes perseverance and deep personal ties building upon trust and visions that underline the idea of Juche, or the North’s ideology of self-reliance.

For an enfant terrible such as Platoon, which hosted prominent neo-Marxist philosophers Alain Badiou and Slavoj Zizek last year, the stars may well align.