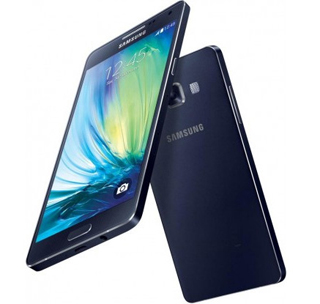 Samsung Electronics plans to launch an affordable Galaxy A series of smartphones in emerging markets such as China and Kazakhstan to counter Chinese manufacturers Xiaomi, Lenovo and Huawei.

The Galaxy A3, A5 and A7 will be priced between 300,000 won and 500,000 won ($280 to $470), according to industry sources. Compared to its premium lineup of Galaxy S and Galaxy Note series, their selling prices are low and their capacities will be reduced, too.

The A series will come with full HD displays, which have lower resolutions than quad HD displays on Samsung’s flagship models, according to Sam Mobile, a blog with a strong track record in leaking Samsung product releases.

Sam Mobile also predicted that the A series will use a cheaper application processor model by Qualcomm instead of Samsung’s high-performance Exynos octa-core processors.

But the A series will deliver high-end designs, using a metal frame instead of plastics to give a sleek and stylish feel. Samsung plans to launch the three Galaxy A models in China early next month.

Samsung’s market share in emerging markets has declined as cheaper Android phones priced 300,000 won to 400,000 won by Xiaomi and Coolpad took over.

Samsung Electronics lowered its launch prices of the Galaxy S5 in developing markets, but they were still double that of Xiaomi’s devices.

Recently, Samsung’s Galaxy line lost ground to local manufacturers in China and India, and was overtaken by a British company in Russia. As a result, Samsung’s operating profit fell 60 percent in the third quarter compared to a year earlier.

Although Samsung is still No. 1 in the Middle East and African markets, Huawei has been growing rapidly.

According to England-based market research firm Canalys, Samsung Electronics was overtaken by Xiaomi in the Chinese smartphone market in the second quarter.