Musical on ‘Hero’ Ahn is taken to Harbin

Musical on ‘Hero’ Ahn is taken to Harbin 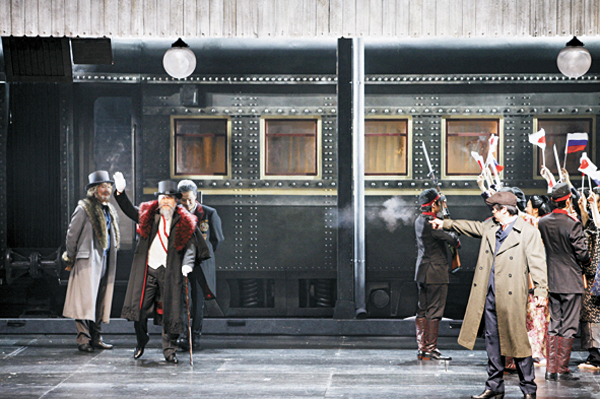 The musical “Hero” will be staged next month in Harbin, China. [JoongAng Ilbo]

When Seoul and Beijing confirmed that they would jointly erect a statue of Ahn Jung-geun, the Korean independence fighter who was executed in 1910 after assassinating Japanese governor Ito Hirobumi in Harbin, China, it riled the Japanese as Ahn is considered a villain to them.

When the northeastern Chinese city not only erected a statue of Ahn but surprised even Koreans by building a memorial hall dedicated to him in January, it drew a sharp exchange of words between Tokyo, Seoul and Beijing.

This time, Harbin has invited the Korean musical “Hero,” based on Ahn’s life story, to be staged in the city. It will be performed four times at a 900-seat theater there.

“We’ve been waiting for this day. We are finally realizing our dream” said Yoon Ho-jin, the musical’s director, during a press conference held yesterday at the Patriot Ahn Jung-geun Memorial Hall in central Seoul.

To commemorate the 100th anniversary of Ahn’s death, Yoon premiered “Hero” in 2009, and in 2011, it was staged at the Lincoln Center in New York.

But Yoon said he has always wanted to take the show to Harbin, the historical city where Ahn assassinated the Japanese governor while Korea was on the verge of annexation by Japan.

“Since this is a sensitive issue between the three countries, I know more detailed agreements must first take place but Harbin City even suggested us to make two teams for the musical so that one can performed in Harbin while the other team tour across the country,” said Yoon.

“This performance next month in Harbin will also trigger a revitalization for the Korean musical industry abroad as it’s currently in a very gloomy status.”

Han Ah-reum, who wrote the lyrics for the musical, stressed that “going to Harbin has been a dream for all the creative staff of ‘Hero.’”

“In the musical, there’s a brother and a sister who follows Ahn around and they play an important role in plotting a rebellion with Ahn,” said Han. “I heard that many Chinese people followed Ahn. In that sense, I hope the Chinese audience thinks this musical is a great piece, like it has been for Koreans for the past five years.”