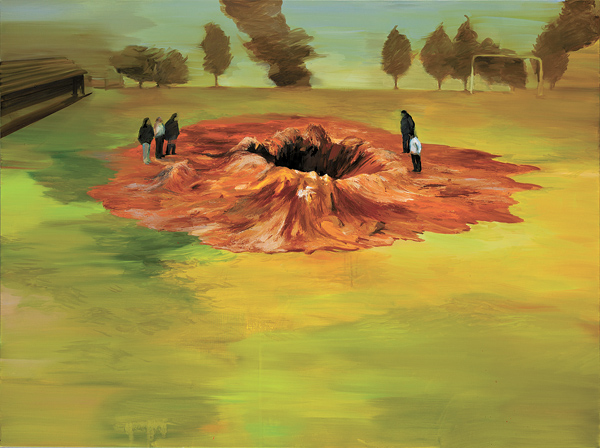 “The Lawn after Modified” was inspired by the news that an overseas soccer field was bombed, but it is not related with political issues, according to the artist, Lee Eunsae. Instead, it focuses on a landscape that suddenly went through a great change, she said. Lee’s painting is part of Space BM’s exhibition “Unfamiliar Airs.” Provided by the gallery

An exhibition featuring three young local painters at Space BM in central Seoul shows that landscape paintings - a genre of fine art often considered too well known - can still be fresh and diverse.

Among the 12 pieces on display for “Unfamiliar Airs” is a painting that depicts a crater on a lawn. The co-existence of the ordinary patch of grass and a less-than-ordinary crater creates a surreal ambience, even though the scene is not completely implausible in reality.

“The painting ‘The Lawn after Modified’ was inspired by the news that a soccer field overseas was bombed,” said artist Lee Eunsae. “But it is not related with a political issue. Instead, it focuses on a landscape that suddenly went through a great change, and people’s reactions to that.”

Based on news, films and the artist’s own experiences, Lee’s work reconstructs reality using a specific point in time, which evokes viewers’ curiosity and leads them to imagine what came before and after the event.

Choi Yoonhee’s landscape paintings, on the other hand, have various temporal points. For example, her “Stand in Sticky Thing,” which shows the landscape of the hill behind her house, does not depict the landscape as it appears at a certain moment.

“Whenever I climb the hill, it looks different to me,” Choi said. “So, I combined the different landscapes I perceived, mixing various perspectives and time points on one canvas.”

Kim Heeyon’s paintings, meanwhile, focus on landscapes where nature meets artificial structures and the delicate tension between them.

“Painting stops real time,” said Lee Seung-min, director of Space BM. “At the same time, the works of these three artists also edit and transform time. Alive like a biological organism, the painting carries within it the experience of moments as captured by the artists, woven into layers thick with meaning.” 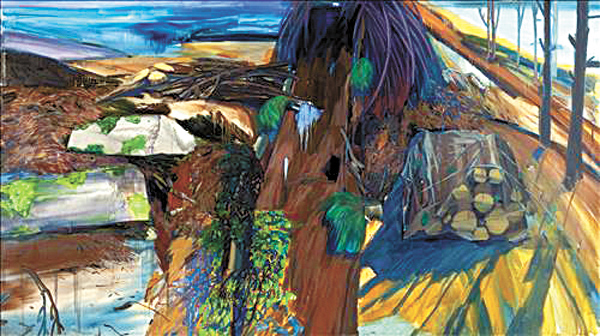 All three artists in the exhibition studied at Korea National University of Arts’ graduate school.

“Young artists’ renewed interest in the genre of landscape painting is a trend,” said Sul Wongi, a professor of the university. 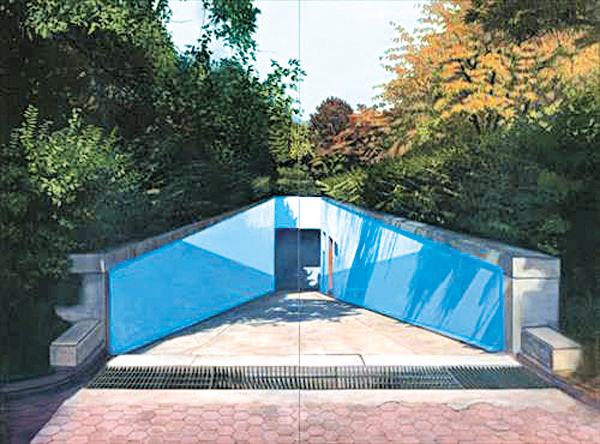