‘Snow White’ comes to Seoul as a ballet

‘Snow White’ comes to Seoul as a ballet 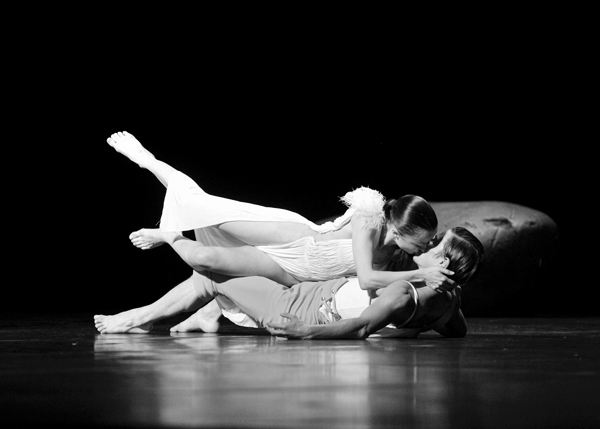 This high-fashion ballet has many promising ingredients. On top of the Grimm’s tale, it uses a symphony by Gustav Mahler and its costumes were created by internationally renowned fashion designer Jean-Paul Gaultier, the man who came up with Madonna’s infamous cone bra.

Preljocaj’s choreography may be a shock to classical ballet fans. When the stepmother tries to kill Snow White with a poisoned apple, she bends Snow White’s neck and back until they look like they will break. She kicks her in the stomach and drags the topless princess around. 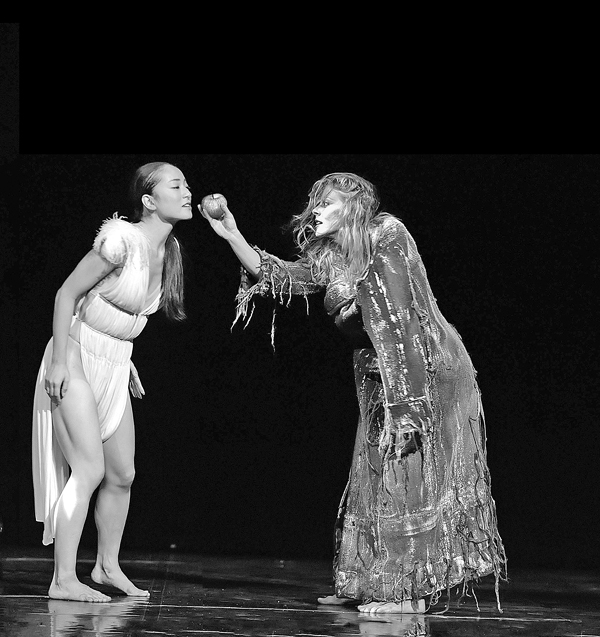 Despite the powerful choreography, dancers say it is also delicate.

“The kiss scene, where the prince kisses Snow White, is a very important scene,” said Jean-Charles Jousni, who will perform as the prince, during a press conference yesterday at the Seoul Arts Center.

“It is performed on top of Mahler Symphony No. 5 Adagietto. Although it’s the final scene that could be seen as dramatic, it’s very delicate and includes genuine feelings.”

The prince must express how he feels with his loved one dead in front of his eyes as Mahler’s Symphony No. 5 reaches its climax, according to Jousni.

“The prince knows he has to say goodbye but at the same time, he wants to reject her death,” he said. “I want the Korean audience to focus on this detail when they watch the kiss scene.”

Preljocaj said he interprets this scene as a “reincarnation.”

“In the Grimm’s original tale, Snow White dies and comes to life again upon the prince’s kiss. I saw it as reincarnation,” said Preljocaj. “I expressed it in my work in the most simplest form of dance.”

This was by no means easy, said Preljocaj.

“For that, Emilie Lalande, who performs as Snow White, had to make a lot of effort, because Snow White is expressed as dead. The dancer should not move her body but still move together with the prince. The scene was the most difficult to approach choreographically but was the most interesting,” he explained.

“I believe Mahler’s symphony is a powerful piece. I get an image of a large bird soaring up to the sky with its wings spread out wide,” Preljocaj continued. “I hope this show makes our dancers fly high like this bird as well as make the Korean audience feel like they are also flying high.”