[NEW RELEASES] “The Art of McCartney”

[NEW RELEASES] “The Art of McCartney” 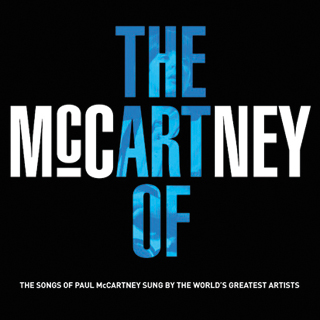 This two-disc Paul McCartney tribute is a decade-in-the-making labor of love by one man, producer Ralph Sall. So it would be churlish to throw cold water on it, right?

Sorry. Sall’s interest in chasing down marquee names, rather than marquee performances, makes this a gigantic missed opportunity.

Sall enlists McCartney’s current backup band to fill the same role on this 34-song effort (42 with the deluxe package). The result is musical consistency that is consistently generic. He recruits primarily legacy artists whose best work is behind them, often decades behind. Billy Joel opens both discs with songs (‘’Maybe I’m Amazed’’ and “Live and Let Die’’) that are beyond his range now. And, trust us, the world doesn’t need to hear Steve Miller sing ``Hey Jude’’ or Alice Cooper do “Eleanor Rigby.’’

To be sure, there are fun moments, like Bob Dylan croaking through “Things We Said Today’’ and Brian Wilson’s shimmering take on “Wanderlust.’’

While musical adventurousness is risky, the rewards are greater. McCartney’s legacy deserved a more challenging environment.

“The Art of McCartney”