Reaching out to customers is crucial

Reaching out to customers is crucial 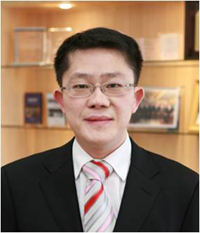 Himpel is a 25-year-old fan and ventilation system manufacturer that has focused on B2B business and supplies bathroom fans mostly to construction companies, but it needs a more diverse business portfolio for further growth.

The company launched its B2C business and started sales operations in 2009 to diversify. They started meeting consumers face to face and publicized their products.

Annual sales growth of that new B2C business hovered at about 40 percent until last year. B2C sales accounted for about 10 percent of total sales last year.

Because CEO Kim has a long-term plan to expand the B2C sales to up to 30 percent of the total, the Industrial Bank Korea’s consulting service center was asked to give advice. I was glad to be part of that goal. The most urgent task for the company to expand its B2C market is to know who its customers are and their living conditions.

I advised the company to define its target customer groups. Himpel’s ordinary ventilators are priced between 20,000 won ($28) and 70,000 won. Some high-end products over 400,000 won are considered the best products. The vent systems last an average of five years.

Considering that, we chose customers living in apartments that were built more than five years ago as the target group. Target customers for the high-priced products were determined to be consumers who own houses, especially those who plan to renovate, and who are usually in the middle-income bracket with children.

To approach the target customers, the company established plans for advertising and public relations to publicize its products. Starting with neighborhoods that have many apartments, Himpel rolled out aggressive marketing operations through its sales branches.

Because mothers of young children should know that their bathroom fan plays an important role in keeping the air clean, most of the advertising was carried out on blogs and websites that are frequented by mothers and magazines that women read.

The company has about 300 sales branches across the country. To raise awareness of the importance of clean air for children, marketing events were held at kid-frendly cafes, too.