A Pink receive a lot of ‘Luv’ from fans

A Pink receive a lot of ‘Luv’ from fans 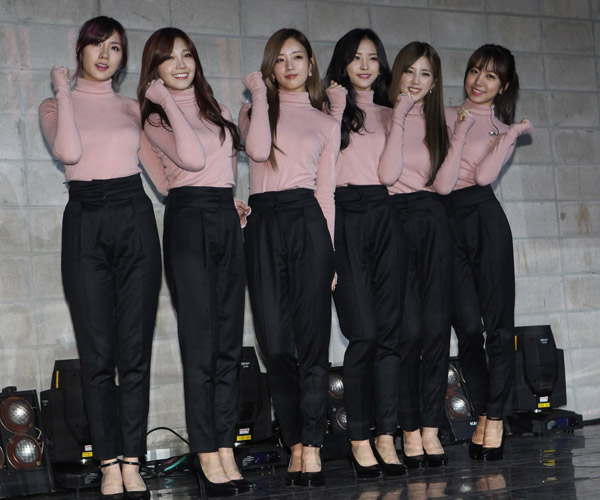 “Luv,” a title track from six-member girl group A Pink’s fifth digital mini-album “Pink Luv,” topped eight major music charts on Monday right after the song was unveiled to the public at midnight.

Unlike the girl group’s previous hits “My My” and “No No No,” which were cute dance songs, “Luv” is a more mature track that portrays a sad first love.

After topping numerous music charts, the girl group uploaded a message onto its official Twitter account saying, “Thank you for everything. We’ve topped the charts thanks to you all. You guys made our day. We’re so happy. We’ll keep doing our best. Love you all.”

Before the song went public, the girl group’s first 40,000 mini-albums sold out.

Meanwhile, A Pink promised during a performance on Nov. 20 to pick an “uncle fan” and sing for him at his wedding.

“This album talks about love, so we want to sing ‘Luv’ for one of our uncle fans who plans on getting married this year,” said Park Cho-rong.