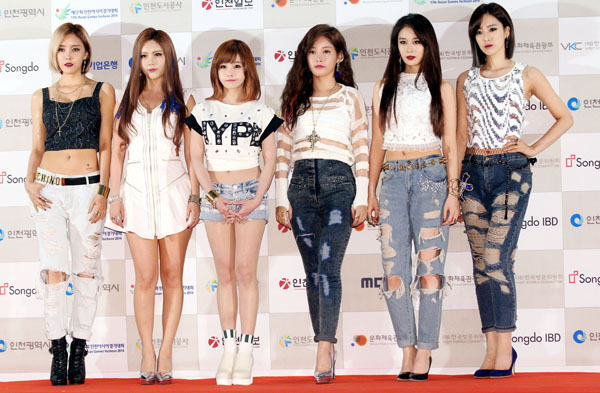 Girl group T-ara will hold its first solo concert in Korea on Christmas Day, according to its agency.

Having debuted in 2009, the girl group has performed numerous solo concerts in China, Japan, Hong Kong and Taiwan, but it has never held a solo show in Seoul.

“Since the girl group wanted to communicate with their fans, we chose a concert venue that has about 1,100 seats,” said Core Contents Media in a press release on Wednesday.

The six-member girl group had been leading a stellar career after its debut by producing many hit songs such as “Roly Poly” and “Bo Peep Bo Peep” until it was involved in a bullying scandal in 2012.

The youngest member, Hwayoung, was ousted from the girl group and instantly uploaded messages implying that she was bullied by the other members.