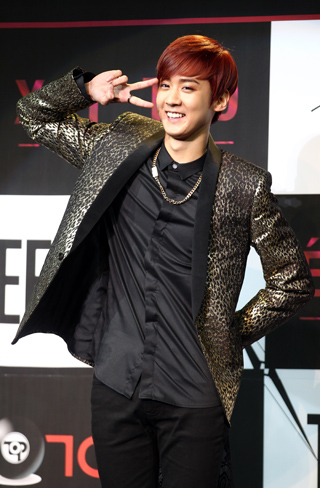 According to Top Media, the agency representing the boy group, the 21-year-old singer will play the lead role in the Korea-Japan musical “On Air: Night Flight.”

The musical is meaningful because it was produced to mark the 50th anniversary of Korea-Japan diplomatic relations.

In the musical, Chunji plays the lead role of Jay, an A-list singer who ends up leaving the music scene after he is involved in a scandal. The musical follows the ups and downs of Jay’s life and it eventually shows how he successfully comes back to the music scene as a radio DJ.

The musical was first staged in Japan and received rave reviews for its concert-like format.

Chunji’s musical will be staged from Feb. 4 to 12 at Roppongi Blue Theater in Tokyo.