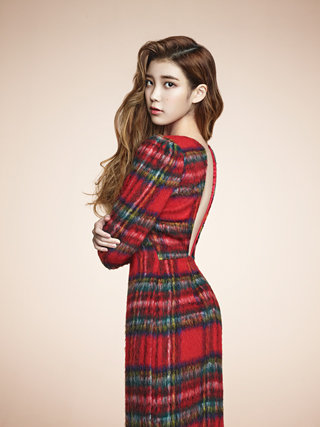 Singer IU uploaded a song of her own titled “Knee” onto her Twitter account Thursday morning with a short message that read “I’m happy. Thank you for everything. This is for you.”

In the attached voice file, IU plays the guitar and sings a song about a woman who misses someone late at night. The song is also available on IU’s official YouTube channel.

The song was written and composed by the 21-year-old singer.

IU is one of a few young singers who has received rave reviews from both the public and critics for her ability to sing and write songs.

She was also featured on songs on the recent album from K-pop icon Seo Tai-ji and newbie singer Yoon Hyun-sang.

After starting out singing at the age of 15 in 2008, she has released numerous pop hits such as “Good Day” and “Nagging.”