SUVs en route to their best year ever in 2014

SUVs en route to their best year ever in 2014 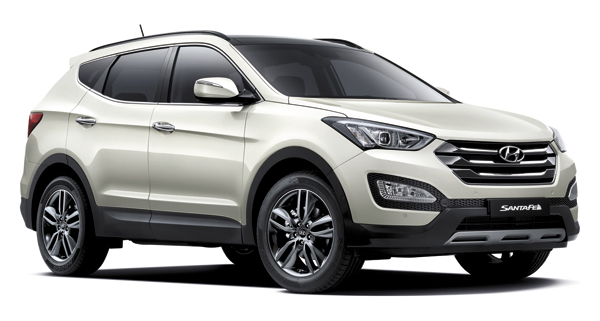 The popularity of sport utility vehicles (SUVs) in Korea is higher than ever, with the five domestic automakers selling more than 300,000 vehicles in a year for the first time in 2014, according to data released Monday.

Industry insiders credited the sales to the growing popularity of camping and leisure activities and the fact that today’s SUVs offer more space and better fuel economy than many sedans.

SUV sales bottomed out at 168,520 in 2008, then bounced back to 224,623 in 2009 with the introduction of Hyundai’s Tucson ix and other appealing new models. The company’s new Santa Fe was a big hit as camping and leisure activities boomed in 2012 and SUV sales hit 250,262. Because many models, including the Santa Fe, Tucson and Kia Motors’ Sportage R, offer relatively good fuel economy, SUVs continued to ride high with sales of 290,722 last year.

Excluding commercial vehicles, SUVs have been the most popular option this year, accounting for 27.8 percent of total sales. Midsize sedans were the choice of 16.9 percent of buyers, followed by compact sedans (15.9 percent), subcompacts (15.6 percent), large sedans (10 percent) and minivans (6.1 percent).

SUVs were favored by import buyers as well.

The Korea Automobile Importers and Distributors Association (Kaida) said earlier this month that Volkswagen’s SUV Tiguan 2.0 TDI Blue motion was the best-selling foreign model in November with 690 sold. The Tiguan - also the most popular import in May, July, August and September - is expected to be the best-selling import model of the year with accumulated sales of 7,061, 1,166 units ahead of the BMW 520d with only a month to go. It would be the first year Volkswagen had the most popular model since the Korean branch was established in 2005 and the first best-selling SUV since Honda’s CR-V in 2007.

Local automakers are strengthening their SUV lineups for 2015. Hyundai said it will introduce a new Tucson in the first half of the year, and Ssangyong announced it will start selling its first new model in four years, the small SUV Tivoli, in January. The company expects the Tivoli to compete with the QM 3 and GM Korea’s Trax with a price range of 20 million won to 25 million won ($22,300). Ssangyong also plans to launch the next edition of its flagship premium SUV Rexton W next year.

“Consumers consider SUVs not only as transportation, but also as enriching their lifestyle,” said Hyundai spokesman Hwang Kwan-sik. “The trend will continue for several years.”