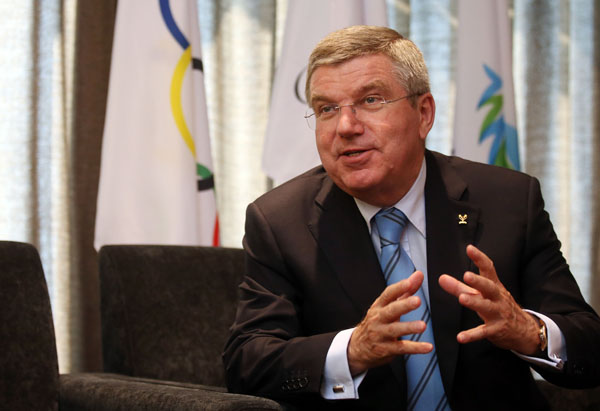 MONACO - A dozen different bobsled and luge tracks around the world could step in to host events for the 2018 Winter Games if the sliding venue is moved out of Korea, Olympic officials said Sunday.

International Olympic Committee officials said they remain in talks with organizers of the Pyeongchang Games about relocating the sliding sports to another country to save money and avoid leaving Korea with a venue that has little use after the Games.

The move was requested by the IOC as part of new cost-cutting reforms. Pyeongchang organizers said Saturday they are opposed to a switch, especially since construction on the venue has already started.

“It’s their decision in the end,’’ Gunilla Lindberg, a Swedish IOC executive board member who heads the coordination commission for the Pyeongchang Games, told The Associated Press.

“But at least we’re going to help them identify where the sliding centers are, where the options are. In the end, they stay in Pyeongchang or they take this great opportunity.’’

Lindberg said the IOC has set a March deadline for a decision.

The IOC meets on Monday and Tuesday to vote on IOC President Thomas Bach’s “Olympic Agenda 2020” reform package. The recommendations allow for events to be held outside a host country “in exceptional cases, notably for reasons of sustainability.”

“If there are viable alternatives [to Pyeongchang] which might make sense from the sustainability standpoint, then you have to look into the matter,” Christophe Dubi, the IOC’s executive director for the Olympic Games, told the AP.

According to the IOC, relocating the bobsled, luge and skeleton events would save $120 million in construction costs and $3 million to $5 million in yearly maintenance costs.

“This is a perfect example of how you can reduce cost,” Lindberg said. “You really have to look at the legacy of a sliding center - will you use it afterwards? Because that’s where the costs come in. It’s very expensive to keep it.”

Lindberg noted that the $100 million luge and bobsled track built for the 2006 Turin Games has been dismantled because of high operating costs.

“Next week we will send them the list of the 12,” Lindberg said. “Some of them you can go and have an Olympic competition tomorrow. It’s not that difficult.”

“Should the IOC make an official offer about moving the events, the committee will show the IOC that we have plans for the long-term use of the venues we are building,” he said. “It is difficult for us to move events out of the country.”

One option is Nagano, Japan, which hosted the 1998 Winter Games. That could be difficult politically in view of the difficult relations between two countries and their wartime history.

“After this assembly, if everything is passed, if they wish, I will be happy to discuss with Nagano,” Tsunekazu Takeda, head of Japan’s Olympic committee, told the AP.

Other sliding tracks could be used in Europe or North America. The United States has existing venues in the former host cities of Lake Placid and Salt Lake City, while Canada has former Olympic venues in Whistler and Calgary.

There has been a precedent for holding events outside the host country. Because of quarantine laws in Australia, the equestrian competition for the 1956 Melbourne Olympics was held in Stockholm. Equestrian events were held in Hong Kong during the 2008 Beijing Games.