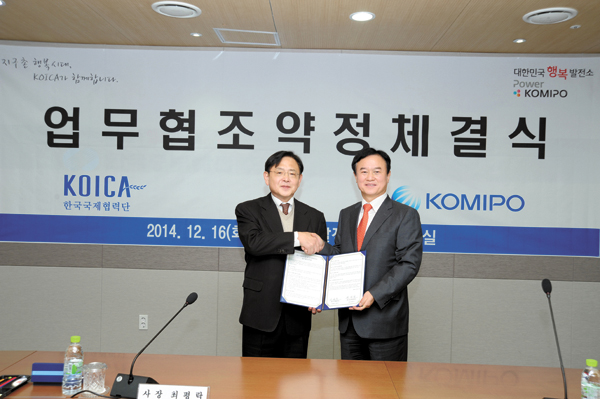 The joint charity projects will start in Indonesia, where Komipo operates a coal thermal power plant.

The assistance will be determined depending on the needs of each country. It could include replacing old electricity-related facilities and training local engineers.

As for technology assistance, Komipo will exchange engineers in Korea and the technology recipient countries for training, and provide free consultations.

The power company is in charge of electricity generation and selling it to state-run power distributor Kepco. Soft coal and gas accounted for more than 90 percent of the total power generated by the company last year, but it hopes to keep raising portion of electricity coming from renewable energy such as solar, wind, seawater and bio-thermal power.