Kim Gu-ra let out of hospital

Kim Gu-ra let out of hospital 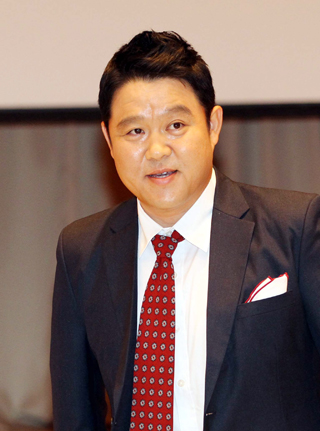 Prolific television host Kim Gu-ra was discharged from the hospital on Saturday, according to his agency, Line Entertainment.

He was hospitalized on Thursday with severe pain related to a panic disorder.

“His condition has improved a lot and the medical staff recommended that he take a break in a quiet and comfortable place,” the agency said.

The 44-year-old TV presenter was hospitalized on Dec. 18 after he felt short of breath and experienced a ringing in his ears.

He has previously announced on multiple talk shows that he suffers from an anxiety disorder.

Kim has been taking medication for panic attacks in recent months, but his agency said his condition deteriorated recently.

After the news came out about Kim being hospitalized last week, local media outlets said he had been notified by the court that all of his property would be seized due to the mounting debts of his wife.

Responding to the speculations, Kim’s agency said, “He is having a hard time because his personal story was shared. We ask you to refrain from writing news about his personal life.”

Kim first debuted as a comedian but began to receive attention for his straightforward comments.

Because of his sudden hospitalization, TV shows such as MBC’s “Sebakwi Quiz to Change the World,” “Radio Star” and JTBC’s “Sseol Jeon” have been filmed without him.