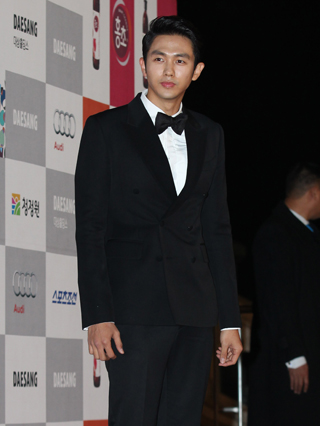 Lim Seul-ong of the boy group 2AM will join the new romantic comedy drama series “Hogu’s Love,” according to his agency, JYP Entertainment.

JYP said on Jan. 2 that the 28-year-old singer will play the role of lawyer Byeon Gang-cheol, who is portrayed as Mr. Right.

The drama series talks about love and life for four young people in their mid 20s.

Along with Lim, Uee, a member of the girl group After School, and actor Choi Woo-sik have landed lead roles in the series, which is an adaptation of a web cartoon series of the same title.

Lim debuted on the music scene in 2008 as a member of ballad quartet 2AM and has been acting on and off between his singing gigs.

The first air date is scheduled for Feb. 9.

The show will be directed by producer Pyo Min-su, who has produced numerous hits such as “Full House” (2004) and “The World That They Live In” (2008).