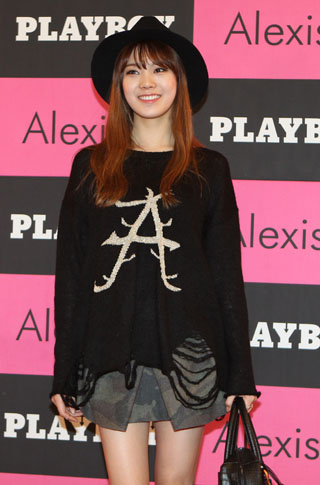 Lizzy, a member of girl group After School, will release her first solo song on Jan. 17, according to her agency on Wednesday.

The 23-year-old singer, who is also a member of the After School spin-off Orange Caramel, plans to showcase her new digital single “I’m Not an Easy Woman” on the Nationwide Singing Contest on KBS.

It is rare that a K-pop group member would choose to debut on the contest because the show mainly appeals to people in their 60s, 70s and 80s.

The contest is one of the nation’s longest-running music shows. It first began airing in 1980. The show is also usually for amateurs rather than professional singers.

Lizzy’s agency Pledis Entertainment said the singer’s first single is from the trot genre, or the oldest form of Korean pop music, which is widely loved by the country’s older generations.

The singer, therefore, wanted to reveal her new song on the KBS show.

Lizzy will appear on the program the same day her digital single will be released.