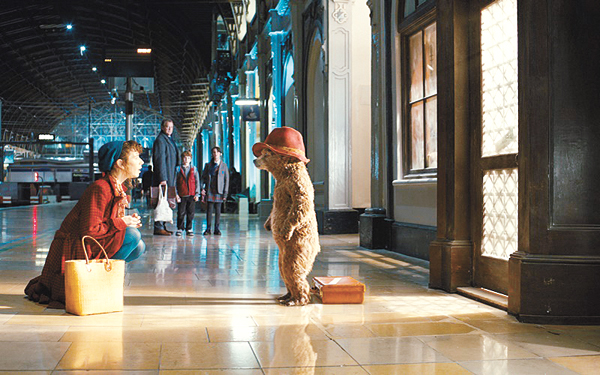 Anyone with childhood memories of reading the Paddington bear series can rest easy: The film featuring the fuzzy protagonist is a cuddly triumph.

After an earthquake ravages Peru, a diminutive bear leaves his home and arrives in London to seek solace from Clyde, an old friend.

At a London train station, the bear befriends the Brown family - uptight father Henry (Hugh Bonneville), vivacious mother Mary (Sally Hawkins) and their rambunctious children - who offer to provide him a temporary home.

When the family finds out that the hat Paddington wears is Clyde’s, they begin their search for him.

Meanwhile, trigger-happy taxidermist Millicent (Nicole Kidman) schemes with the Browns’ grumpy neighbor Curry (Peter Capaldi) to capture the talking bear. But even though Paddington is able to escape them, his actions end up having disastrous consequences, and he sets out to find Clyde himself.

The film a good-hearted flick for children and adult fans alike. 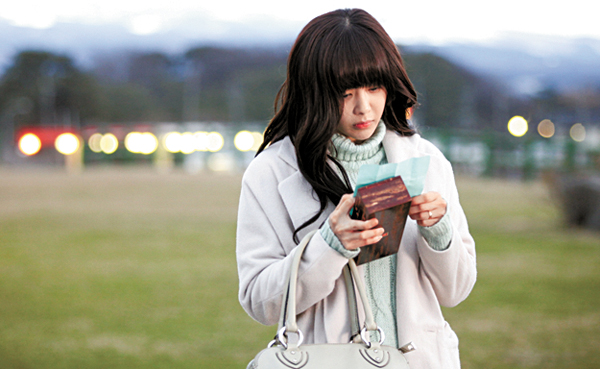 Director Kim Jung-kwon, known as a virtuoso of romantic films including “Ditto” and “Ba:Bo,” returns with his heavy-hearted drama “Snow In Sea Breeze.”

The movie marks the silver screen debut for Park Hae-jin - of “My Love From the Star” fame - who plays Sang-woo, a swimmer who loves the sea and keeps with him the bitter memory of that day he lost his younger sister.

One day, he went to Han River after hearing that he has been kicked off his team.

While there, he meets the drunken Sun-mi (Lee Young-ah), sitting on the banks while tenderly listening to the music box her late father left for her.

Sang-woo is intrigued by the music, and the two end up bonding after he rescues her when she falls into the water.

Their love blossoms and seems fated to last forever, until Sun-mi gets a devastating diagnosis.

Kim chose Yokote, Japan, for the filming location due to its stunning winter scenery. The director added that the backdrop of the film, filled with the snow, will tug at moviegoers’ heartstrings. 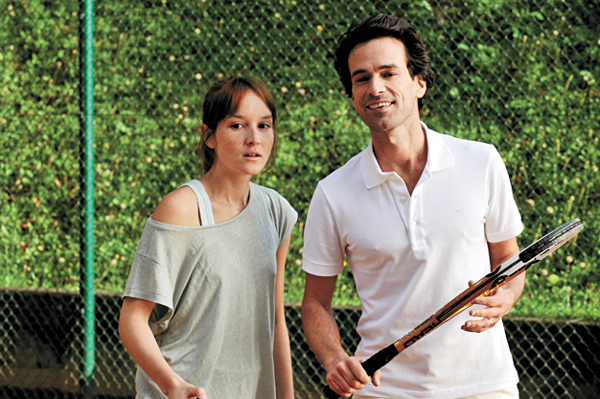 French director “Francois Ozon” has gained fame for his elaborate depictions of relationships and everyday life.

This time, he touches on gender identity, societal taboos and desire while telling the story of Claire (Anais Demoustier) and David (Romain Duris).

Not too heavy or too light, the film starts with a laugh to encourage viewers to reflect on the movie’s message.

Claire (Anais Demoustier) and Laura (lisld Le Besco) have been best friends since they were children. But when Laura passes away, leaving behind a husband and a baby, Claire makes a surprising discovery about David (Romain Duris), her old friend’s spouse.

When she Claire visits their house and finds David in women’s clothing, he confesses that it’s just a harmless perversion, and that perhaps it may be helpful for his daughter, who just lost her mother.

The incident happens to bring them closer together and the pair begin to spend more time together - Claire even bestows David with the name “Virginia.”

But as their relationship develops, David begins to have feelings for Claire, leading her to feel confused about her own sexual identity and whether she loves David or Virginia.

The heart-wrenching story of fatherly love told in the “Taken” series has been popular in Korea. 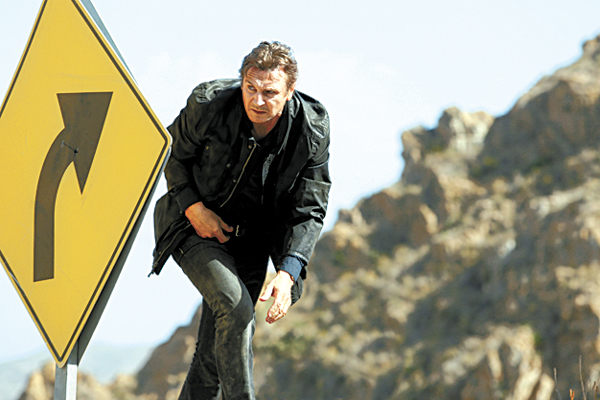 “Taken 3” is the third and final installment in the trilogy.

Bryan comes home after receiving a phone call that his ex-wife was coming to visit him.

But the reconciliation with her is tragically broken when he finds her corpse, brutally murdered.

Soon, the police swoop in and he is framed for the murder of his ex-wife. Then, he is the one being hunted by the NYPD, CIA, FBI and the Turkish mafia who are looking for vengeance.

For one last time, Bryan risks his life to protect the only thing that matters to him now -his daughter.

Spectacular scenes such as a car chase and a part where Bryan’s car rams into an airplane are the highlights of the film. Liam Neeson’s performance in the action scenes is very convincing and brings a sense of reality to the action.

With actress Angelina Jolie in the director’s chair, this drama unfolds during World War II and tells the story of former Olympian and American POW Louie Zamperini (Jack O’connell).

This is Jolie’s second directorial film after “The Land of Blood and Honey.”

Zamperini’s story begins during his childhood, when his family immigrates to California from Italy. As a non-native speaker, he finds himself isolated as an adolescent and often in trouble.

In a bid to keep him off the street, his older brother Pete (Alex Russell) suggests that he join the track team. From there, success comes swiftly.

The film goes on to chronicle his triumphant debut in the 1936 Olympics, to his enlistment in the U.S. Air force.

While deployed as a World War II pilot, his plane is shot down over the Pacific, where he is captured and imprisoned by Japanese forces after 47 days adrift. Much of the movie covers his time spent in a Japanese POW camp and the torture he endures.

Yet Jolie is also careful to illustrate his unbreakable spirit and courage in the face of insurmountable difficulties.

Zamperini’s story is told in the eponymous book by Laura Hillenbrand and topped the New York Times Best Seller list in 2010. This is its first film adaptation.

A workaholic, Bo-hee (Jo Yeo-jeong), is a working mother employed at a toy company whose relationships with her husband, Kang sung (Kim Tae-woo), and daughter are strained.

But her life takes a surprise twist when she makes a huge mistake during a presentation and is sacked right before her promotion. Adding insult to injury, her husband leaves her a voicemail to inform her he’s leaving her.

Frantic and desperate to get on her feet, Bo-hee decides to invest in a bankrupt sex shop run by Nan-hee (Clara), a beautiful woman with a string of failed relationships.

The adult comedy centers around how two women overcome hardship through innovation - in this case, renovating the sex shop Casa Amor: Exclusive for Ladies - but will also have audience laughing out loud.

Jo Yeo-jeong of “The Concubine” and Kim Tae-woo of “The Pirates” play the title roles. Clara makes her debut on the silver screen as Nan-hee.