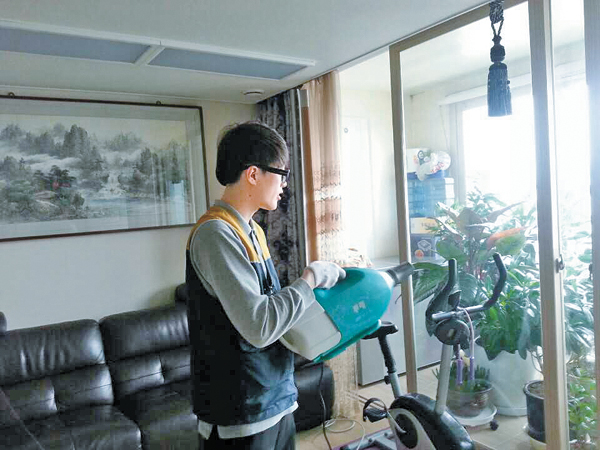 A Samsung C&T employee helps to clean a resident’s house.Provided by the companies

The National Customer Satisfaction Index (NCSI), provided by the Korea Productivity Center and the University of Michigan, recorded its highest scores ever since its launch in 1988. In 2014, consumer satisfaction toward products and services provided by 305 companies, universities or public institutions in 71 industries scored 73.4 points, which is 0.5 percent higher than in 2013.

Among all the companies, The Shilla Hotel scored the highest with 84 points. The top 10 companies, all scoring equal to or above 79, included five hotels, four hospitals and a private university. 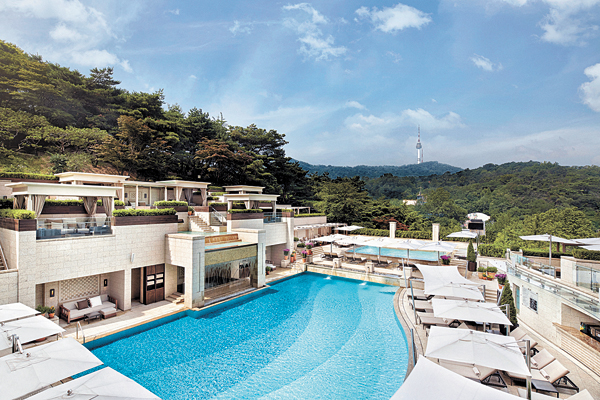 The full view of Urban Island, The Shilla Hotel’s outdoor swimming pool.Provided by the companies

This is the second time The Shilla was named the most satisfying hotel. The hotel has been working to develop various products and services to satisfy visitors’ needs. In 2013, the hotel remodeled its rooms and facilities, including the outdoor pool, the fitness center and the lounge. Peter Remedios, the designer of the Four Seasons Hotel in New York, took charge of the renovation. The hotel had to stop its operations from January to July to offer consumers a comfortable stay in a flawless condition.

Consumer satisfaction comes not only from its high-quality accommodations but also from its meticulous services. The hotel employees who cater to the guests receive daily education on service standards to provide the best possible service to every guest. The hotel also introduced “door to door” escort service, through which the guests are accompanied by an attendant all the way from the entrance of the hotel to the door of their room. This service was unprecedented in the hotel industry. 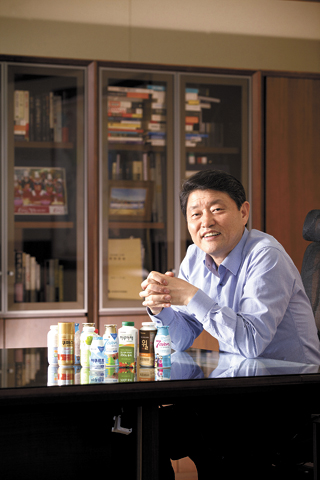 Kim Hyuk-soo, CEO of Korea Yakult, poses with the company’s products aimed at health-conscious consumers. Provided by the companies

In the apartment industry, Samsung C&T has maintained its position at the top of the list for 17 consecutive years. Joining Samsung C&T is Korea Yakult, part of the fermented milk industry, which has also maintained its ranking. The two companies have kept active communication with their consumers to guarantee high satisfaction.

Raemian, Samsung C&T’s apartment brand, offers maintenance services to its residents. The services include cleaning the plumbing, mattresses and maintenance on gas stoves. Residents can visit its service lounge or make a reservation via a mobile app.

Korea Yakult responded to its customers’ needs. Last year, the company released sugar-reduced versions of its eight popular products to appease consumers concerned with their health. Moreover, to ensure fast delivery, the company replaced its carts to electric ones.

Other companies also demonstrated a higher quality of service, according to the survey.

Compared to 2013, there was a smaller score difference between the top company and the rest of the companies in 50 out of 71 industries that were subject to the survey. The Korea Productivity Center, the provider of the index, attributed the smaller gap to fierce competition and advised companies to generate differentiated services to earn consumer loyalty.

On the other hand, the 2014 index indicated that the high scorers and lower scorers have a big gap between the points earned. The Korea Productivity Center encouraged companies with mid to low scores to establish a more consumer-centered management strategy.

According to the report from KPC, low growth is expected to continue this year. The center recommends companies to focus on keeping their existing customers rather than trying to attract new customers.

The center also suggested that companies adapt to the industrial trend of this year, such as providing on and off-line communication channels to consumers, securing a mobile platform and applying the Internet of Things to their products and services.

“The key to this year’s competition is to quickly adjust to fast-changing market conditions,” said a KPC official.