Hyolyn to sing with classical violinist

Hyolyn to sing with classical violinist 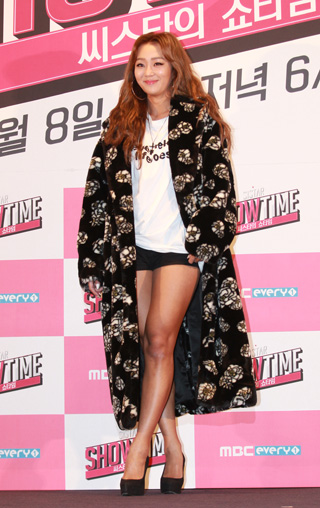 The K-pop singer will appear with Korcia at his concerts on Feb. 6 and 8 in Seoul and Busan.

The two will perform “Someday My Prince Will Come,” a song from the original soundtrack of the 1937 animated feature “Snow White and the Seven Dwarves.”

A collaboration between a classical musician and a K-pop singer is uncommon, but it has been reported that the French violinist wanted to present a crossover performance for Korean fans.

Although Hyolyn is a member of the four-piece girl group, her vocal skills have been praised by music critics.

She sang the Korean version of “Let It Go,” an original song from the soundtrack of Disney’s animated feature “Frozen” (2013).

The Feb. 6 concert will be staged at Busan Bexco Auditorium while the Feb. 8 performance will be held at the Seoul Arts Center in southern Seoul.

Hyolyn is likely to have another busy year. The 24-year-old singer will appear in the third season of the popular reality TV show “I Am a Singer,” in which professional singers compete with one another.