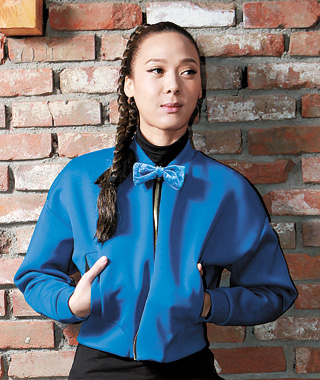 Once, pop stars like Ray Charles, Michael Jackson and Whitney Houston heavily exerted their influence on Korean music. And some Korean musicians walked a fine line between plagiarism and being unconsciously inspired by their role models.

But K-pop has gained a much larger footing compared to the past, and some of its musicians are now discovering that their own work has been plagiarized or used without consent. 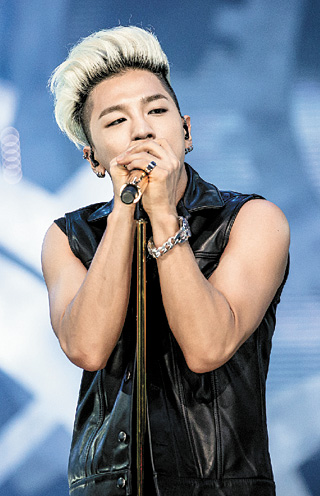 With the release of her much-anticipated single, her song “Angel” ranked high on major music portals and even topped a weekly TV music show without much promotional activity.

But the Korean-American rapper and R&B singer could not hold further performances for her new song after she realized that one of her previous tracks had been featured in the controversial film “The Interview” - without consent from herself or her agency.

“We planned to release a mini-album within January [after the release of the digital single], but postponed all the plans [because of the issue with Sony Pictures],” said an official from FeelGhood Music, Yoon’s label.

According to Lee Jin-young, the head of Fortune Entertainment, which promotes Yoon, the singer initially received an offer from Sony Pictures about using “Pay Day” in the film.

“But she turned the offer down because she is a South Korean singer and the film deals with a touchy issue,” said Lee.

“The Interview” centers on the story of two American TV journalists (James Franco and Seth Rogen) who are instructed to assassinate North Korean leader Kim Jong-un when they go to interview him.

Yoon’s “Pay Day,” one of the songs included in her third studio album released in 2007, is used for a scene in which the North Korean leader and the journalist engage in drinking alcohol with semi-nude women.

The musician and her agency sent out a press release after realizing that the song had been used and said it would take legal action against Sony for violating copyright laws.

According to Fortune Entertainment, Sony told the company that it had a paper signed by Yoon permitting the use of the song, but this turned out to be false.

Yoon and Fortune Entertainment have raised the issue again and are waiting to receive an answer from Sony Pictures, a month since the release of “The Interview.”

Some local news agencies describe the dispute between Yoon and Sony as “a war against Goliath.”

“We will take follow-up measures depending on Sony’s answer,” Lee said.

Yoon has hired a U.S. lawyer, however, “There will be some difficulties dealing with the issue because Yoon is based in Seoul, while Sony is located in the United States,” Lee said.

Bullock originally claimed that he was the creator of “Eyes, Nose, Lips,” but admitted earlier this month that he plagiarized the K-pop artist’s song.

YG Entertainment asked major video-sharing websites to take down Bullock’s song, “Change Me.” It has been pulled from websites including YouTube, the world’s largest video-sharing site.

After Bullock admitted that he copied Taeyang, YG released a press statement saying that it would monitor its artists’ songs more closely.

But it is difficult for a single entertainment agency to keep an eye on the thousands of tracks that are released every day.

“We resort to monitoring our fans and we also continuously check on iTunes charts,” said Hwang Min-hee, the head of the public relations team at YG.

“In the past, Korean music and its musicians used to copy or follow the music of other countries, but these are positive signs that K-pop has achieved a certain level of growth,” said Kim.

But he also said the string of recent cases implies that the nation’s music industry needs systematic support to handle copyright issues for Korean musicians.

For example, many music corporations such as EMI, Sony and Universal Music are in charge of managing the copyright of their musicians, but only two groups, the Korea Music Copyright Association and the Korean Society of Composers, Authors and Publishers, represent the local industry.

“In the past, K-pop was only consumed here, but it is now exported. To put it simply, the nature of the industry has changed from domestic to international, so there needs to be a change in the music industry as well,” said the critic.