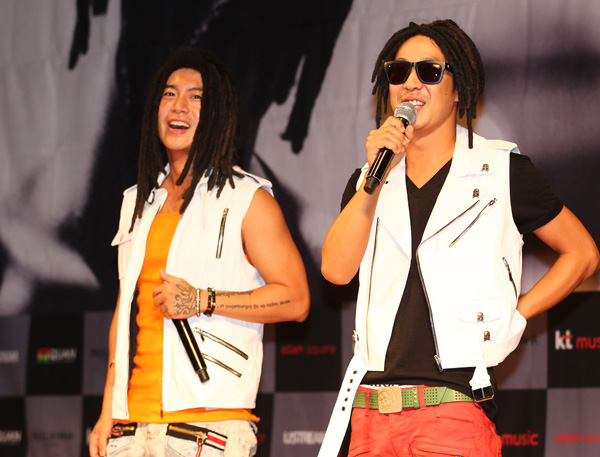 Singer, entertainer and producer Yoon Jong-shin hinted that his upcoming monthly project will feature Skull and Haha (pictured below).

Yoon sent a tweet on Wednesday saying, “I will upload a music video at 4 p.m. around the time you would feel like having a snack. The January edition will feature ‘Cuban Sandwich’ with Skull and Haha.”

Yoon has committed to releasing a new song each month as part of his Monthly Project Yoon Jong-shin, in which the producer collaborates with musicians to record innovative songs, sometimes giving them the material to perform or joining in himself.

This month, Yoon chose Skull and Haha, a group that specializes in reggae music.

Yoon, who started the project in 2010, has released about 70 songs, working with emerging entertainers and veteran musicians, including R&B singer Park Jung-hyun, also known as Lena Park.

Although Haha appears as a regular host on popular reality shows like “Infinite Challenge” and “Running Man,” he originally started his career as a singer in 2001.

Yoon is a versatile musician, producer and TV host. He currently appears on two talk shows - including “Radio Star” - but still produces albums and songs for himself and younger musicians.

He also runs his own entertainment agency, which is home to musicians Eddy Kim and Jang Jae-in, among others.