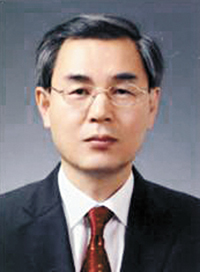 Jeong made the remarks at a new year’s press conference on Thursday in Daejeon.

Economic democratization was one of President Park Geun-hye’s main slogans during her 2012 campaign, and she has been criticized for not following through on her promise.

However, Jeong, who succeeded former FTC Chairman Noh Dae-lae in December, said he will take the lead in bringing about tangible changes by implementing new market observation systems this year.

“If this government really had no will [in regard to economic democratization], I wouldn’t have been appointed as chairman,” said Jeong. “I’ve spent my entire career here at the FTC specializing in market inspection for the past three decades. I’m more of a veteran.”

Noh spent his career in the Ministry of Strategy and Finance and was a former assistant minister there.

He suddenly stepped down in December.

He departed after championing several economic democratization acts in the National Assembly to protect the rights of suppliers and prevent chaebol from pursuing vertical growth by funneling orders to affiliates.

The structural overhaul in both the public and private sectors will continue this year, said Jeong.

“The public sector, including the central and regional governments and public corporations, has to become a fair-trade role model for the private sector,” he said. “Korea’s public sector accounts for a huge number of business transactions, but public companies are mostly positioned to be the sole player in their business areas, resulting in policy-supported monopolies. Such companies still lack the fair trade spirit and that causes collusion cases in bidding processes.”

He pointed out that many corrupt incidents happen due to “gwanfia,” a combination of the word gwalyo, meaning official, and mafia, which in Korea usually refers to retired government officials.

He cited the establishment of private companies that rig bidding at excessive levels.

Jeong also promised he will press the National Assembly to amend economic democratization legislation pushed by Noh last year that is still pending. They include whether or not to include midsize companies in the subcontractor protection act and allow conglomerates to establish separate holding companies with only a 50 percent share, which could enhance the concentration of power within each chaebol.

The FTC this year also plans to launch a whistleblower protection system to encourage more insiders to report wrongdoing.