Seo to go on ‘Infinite’ again

Seo to go on ‘Infinite’ again 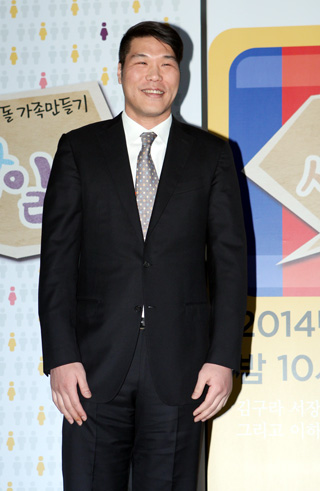 Seo Jang-hoon, the popular former basketball player, will appear in a special episode of “Infinite Challenge” on Feb. 14.

It will be the third time for him to feature on the show as a special guest in recent months.

The special episode is titled “The Grand Infinite Challenge Festivity” and is designed to entertain viewers before the Lunar New Year holiday.

The detailed plot for the special episode has not been revealed yet, but the show teased a short clip for it at the end of Saturday’s regular show and hinted that it will be themed “Ordinary Faces Versus Rare Faces.”

“Infinite Challenge” has had a similar show themed “Introducing My Ugly Friends,” in which regular hosts invited their less-charming acquaintances to appear on the show.

Judging by the teased video clip, industry insiders say there is a high chance that Seo will become a new addition to the popular show because two of its members, Gil and Noh Hong-chul, left on separate occasions last year after being caught driving under the influence in April and November, respectively.

Gil and Jun Jin, former members of “Infinite Challenge,” also became regulars after they frequently appeared on the show as special guests.

Seo spent more than 20 years as a successful basketball player but he retired from sports in March 2013. Since his retirement, he’s been appearing in popular TV shows such as “Infinite Challenge” and “Happy Together.”