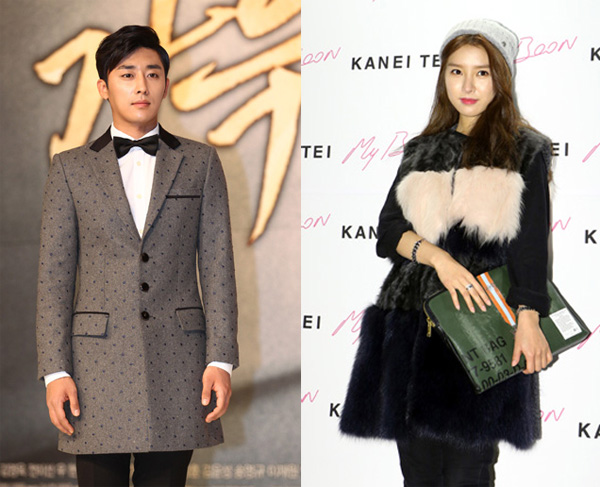 A local news agency reported that actor Son Ho-jun and actress Kim So-eun are dating. The news agency added that the two went out for dinner Saturday night and spent about three hours together at a pub in southern Seoul.

The two actors’ agencies denied the rumors on Monday.

MBK Entertainment, Son’s agency, told online news agency OSEN, “They have gotten to know each other through their mutual friends. But they are not an item.”

Fantagio, Kim’s agency, also confirmed that they are not a couple. The agency was quoted as saying the two met Saturday night at an event and their managers were also present when they were seen together later.

Son and Kim were sensitive to the rumors because Kim is appearing on the reality TV show “We Got Married,” which pairs up celebrities and has them experience imaginary marital life.

Celebrities who star the show sign contracts to confirm they are single and will not be seeing someone during the production of the show.

One of the show’s previous stars, actress Oh Yeon-seo, had to leave the show in 2013 after photos of her with actor Lee Jang-woo surfaced on a local news agency. The actress was paired up with Lee Joon, a member of K-pop boy group Mblaq.