North’s fund manager appears to be a rising star

North’s fund manager appears to be a rising star 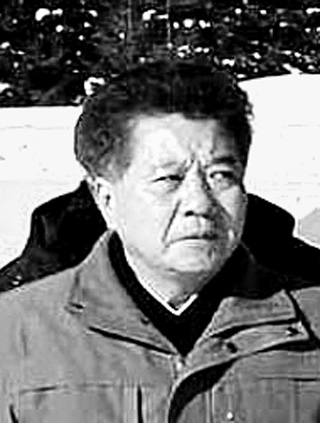 Although little is known about the reclusive regime’s leadership, the country’s state-run media provides something of a glimpse for authorities and intelligence officials when it covers Kim’s public activities for propaganda purposes.

The young leader’s entourage seen in those reports offer rare opportunities for the outside world to assess the rise and fall of North Korean officials.

Among those with him included Choe Ryong-hae, a Workers’ Party secretary; Hwang Pyong-so, who heads the General Political Bureau in the Korean People’s Army; Hyon Yong-chol, the minister of the People’s Armed Forces; and Han, the director of the ruling party’s Finance and Accounting Department.

Choe and Hwang are steady members of Kim’s entourage. They were also part of a high-profile delegation that visited South Korea last October, which testifies to Kim’s trust in them.

Han, who rarely accompanied Kim in 2012 and 2013, appeared more frequently in 2014, accompanying the young ruler to 65 events. That was the second highest after Hwang. Choe accompanied Kim to 57 events.

This month, he joined Kim on his inspection of a cosmetic factory last week and once again on Wednesday to the construction sites in Wonsan.

Little is known about Han, however. According to the Ministry of Unification, he was born in 1958, but his hometown was not made public.

It is not known when Han joined the Finance and Accounting Department, a key entity that manages the ruling party’s funds. After serving in the department as deputy director, he was reportedly promoted to department director in 2013.

The department, along with the Planning and Financial Department and Room 39 - also known as Bureau 39, Division 39 or Office 39 - are the three strongest economic powers in the party, controlling the reclusive leadership’s funds.

While the secretive Room 39 is in charge of maintaining the foreign currency slush funds for the Kim family, Han’s Finance and Accounting Department still oversees the operation.

According to intelligence sources, Room 39 planned the counterfeiting of the $100 bill, known as the Supernote, while the printing factory under the Finance and Accounting Department produced them.

The department also operates a tobacco factory, an information technology center, a beer factory and a trading company to earn foreign currency. It imports luxury cars and gourmet foodstuffs for North Korea’s highest leaders as well.