Audi’s bringing its classy mini to Korea this year

Audi’s bringing its classy mini to Korea this year 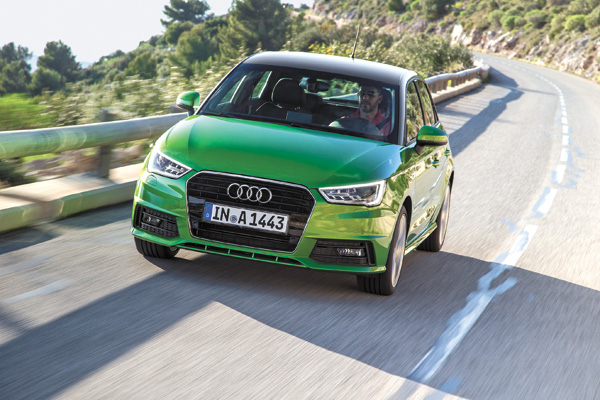 The front view of Audi’smallest passenger vehicle, the A1. Provided by the company

Audi Korea is getting ready to introduce the A1, the smallest car in the luxury automaker’s lineup, in the first half of this year.

After its debut in 2012, an upgraded A1 was released at the end of last year in Europe.

Prior to its release, local auto magazine The Road Test did a test drive of the car from Nice in France to Monaco.
R
The car used for the test drive model had the same engine that will be used in Korea: a 1.6 TDI automatic with seven-speed S Tronic gearbox.

This combination of engine and gearbox is identical to that of Volkswagen’s Polo and Golf models.

The A1 is a compact vehicle shorter than 4 meters (13 feet) in length. This is similar to the Chevrolet Aveo Hatchback among local models and the smallest among imported cars - smaller than the BMW 1 series and Mercedes-Benz B Class.

The supermini is released in two types, the three-door A1 and five-door A1 Sportback. Both models have the same body length and distances between front and back wheels.

The model will test the appeal of small cars in the Korean market, where size matters a lot.

Usually only mid- to low-end popular auto brands offer models of this size, even in Europe.

But the auto market is seeing a rising demand for high-end supermini cars, as families downsize and mini cars gain cachet. 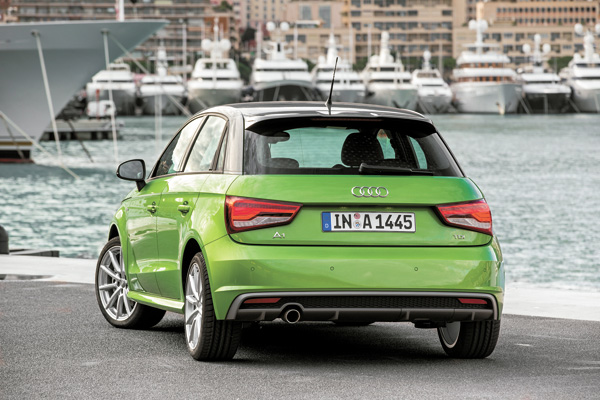 The rear view of Audi’smallest passenger vehicle, the A1. Provided by the company

Volkswagen is the sister brand of Audi, which is located somewhere between popular and premium auto brands. The Volkswagen group is clear to differentiate the Polo and the Audi A1.

They are different both inside and outside.

While the Polo isn’t fancy at all, the Audi supermini is dressed up with lavish use of soft gloss aluminum and fine-textured leather. The edges are neat and parts mesh together tightly.

The A1 also wants to break the stereotype that small cars are less than powerful.

Actually, the upgrade of small cars has been coming for a while. Even Korean-brand compact models are gearing up with heated seats in both the front and back.

Audi filled its supermini with top-notch materials and cutting-edge engineering techniques that are usually found in larger models.

Almost two-thirds of the body consists of high-strength and ultra-high-strength steel. Eleven percent of all parts used inside have high tensile force. The compact also is equipped with Audi Drive Select, a technology featured in the A8 that allows drivers to pick their driving mode from three choices: comfort, auto or dynamic. Each of three driving modes changes characteristics of the ride. 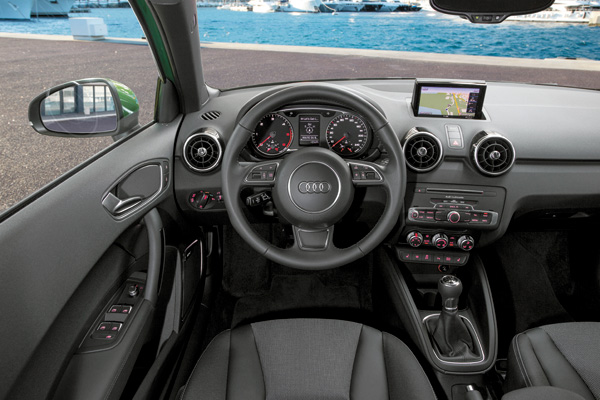 The interior of Audi’s A1. Provided by the company

When it comes to external appearance, A1 owners can create their own design by mixing the colors of the roof, pillar and accessories.

The A1 is relatively affordable in both price and maintenance costs compared to other larger models.

It gets exceptional mileage. The 1.6 TDI A1 model gets 28.5 kilometers per liter (67 miles per gallon) by EU standard. Drivers can end up with even better mileage depending on how and where they drive.

Because the engine displacement is less than 1.6 liter, industry analysts expect A1 owners will pay smaller auto tax compared to larger models.