Korea’s sports industry eyes the use of big data

Korea’s sports industry eyes the use of big data 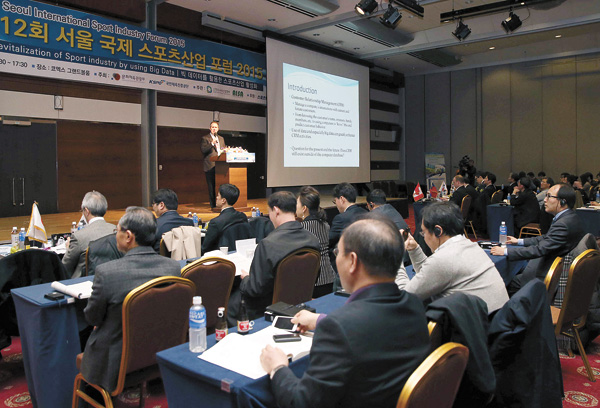 The Korean sports industry is trying its hand at big data to bring in more fans and outline a better marketing strategy, though it’s still slow moving compared to its overseas counterparts.

Michael Lewis’s best-selling book “Moneyball,” adapted into a film starring Brad Pitt, who portrayed Oakland Athletics’ general manager Billy Beane, was perhaps one of the most well-known instances in which the subject of big data in sports was brought to the public’s attention.

Big data analytics was also partly behind the German national team’s victory over Argentina in the 2014 World Cup, in which the Germany Football Associated partnered with SAP, a German software firm, to use a “Match Insights” software system.

The tool analyzes video data from on-field cameras to collect different kinds of information, including players’ positions, possession time and speed. According to SAP, the results were used by coaches to set up specific targets for players and give them feedback via their mobile devices. 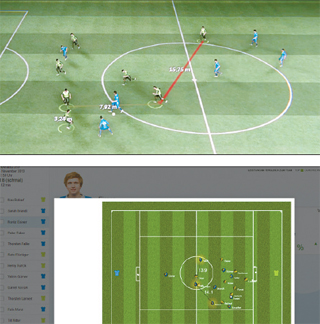 To expand on the subject, scholars and people in the sports industry gathered on Friday at Coex, in southern Seoul, for the 12th Seoul International Sports Industry Forum, entitled “Revitalizing the Sports Industry Using Big Data.”

There, most experts contended that now, sports clubs - particularly in the Western world - are aware that collecting data can enhance game quality, while speakers presented various cases in which professional teams had used analytics not only to improve team tactics and players’ movements, but also in marketing such as ticket merchandising sales.

“In the past, these teams lacked perception and utilization on data, but now they have been hiring analysts that can analyze data,” Mark Nagel, a professor of sports and entertainment management at the University of South Carolina, said at the gathering. “It is important to communicate to coaching staff and front management what the data can offer.”

Experts agree that big data can enhance a team’s performance, as seen with the German national football team.

However, Koreans working in the business lament that some Korean teams are still reluctant to use big data-based analysis programs and don’t have the knowledge to use them.

“When we introduce our program, most teams first fear that their tactics and strategies could be opened to other teams,” said Kim Chang-hun, the CEO of Visual Sports, which provides data gathering and analysis for football.

“We want football federations to step up the use of data because it will enhance the quality of the game.”

While big data’s use is necessary for sports clubs, experts say, they add that it can also be geared toward fans looking for better quality of games and facilities.

“For old sport fans, sports were all about winning and it was heavily linked with nationalism,” said Kim Jung-yoon, director at WesleyQuest, a global management consulting firm. “But in the ’90s and 2000s, we saw athletes like Park Chan-ho and Park Ji-sung playing in the big leagues, and fans wanted to see high-quality games.”

According to Kim, providing more detailed information draws fans into the game and has the potential to turn regular fans into something more like fanatics.

“There is a difference between watching a game and being absorbed in a game,” Kim said. “Sports fans get more excited and immersed in as they know much about the sport.”

Overseas, real-time engagement with fans and quality match information is already provided. The German company SAP used its analytics program in October on the Women’s Tennis Association (WTA) Tour to provide real-time, point-by-point analyses after matches so that players could prepare, while fans could access that data on their smartphones.

Since Korea’s sports culture is relatively new in the Western world, they suggest Korean clubs first focus on collecting correct and useful information on its fans ? from social networking services and merchandizing sales patterns ? to make them sustainable.

“We should first answer: ‘Why do fans have to actually come into the stadium and purchase a ticket to watch the game?” Kim said. “The purpose of sports club management is to make a sports club popular whether they win or not.”

The Korean government added that it will try to foster data analytic companies in sports to boost the industry as a whole. Kim Chong, the vice minister of Culture, Sports and Tourism, said at the forum that the government will use some of its 40 billion won ($36.3 million) in funds to support start-ups or companies related to big data in sports.

But there’s still a long way ahead, according to insiders, even though the potential is immense thanks to the IT technology that Korean companies have.

“We have good technologies, but since there is no integration or utilization, the data is not working with it well,” said Lee Hong-seok, who heads the Korea Sports Industry Association.