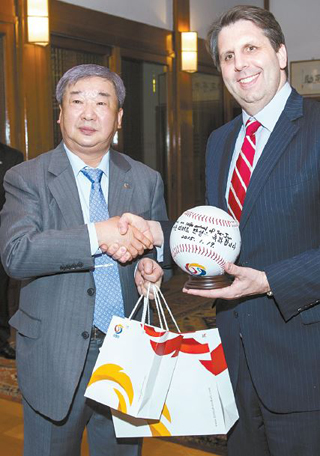 Lippert, who became ambassador to Korea in October, got familiar with the Korean baseball after watching the fourth game of the Korean Series between the Samsung Lions and the Nexen Heroes last year with his family at Mokdong Stadium in Seoul. Lippert said he hopes both countries can become closer through baseball, while supporting the development of the Korean baseball league.