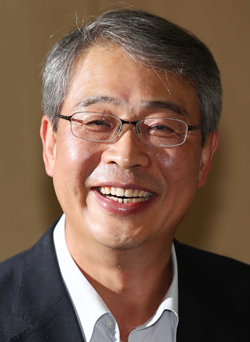 Yim Jong-yong, nominee for Financial Services Commission (FSC) chairman, hinted that his policies will be aligned with those of the Ministry of Strategy and Finance if he takes office.

According to lawmaker Shin Hak-yong of the New Politics Alliance for Democracy, who is preparing to attend Yim’s confirmation hearing slated for March 9, Yim said the Finance Ministry’s action to ease the Loan-To-Value (LTV) and Debt-To-Income (DTI) ratios last year were legitimate ways to boost the depressed real estate market.

Shin submitted a list of questions to Yim and received written replies.

“Although household debt is growing at a rapid pace and it is right to curb the growth, taking strong measures to cut the debt will bring about negative impact on the real economy,” Yim said according to Shin.

Last summer, the Finance Ministry decided to raise the ceiling on the LTV and DTI regulations in order to perk up the real estate market. The LTV was raised to 70 percent for all financial institutions, while the DTI has been fixed at 60 percent in all regions and regardless of ages and incomes of borrowers.

The LTV is a gauge used by banks to determine the amount of a mortgage based on the market value of the property. The rate varies by type of bank and city. The DTI ratio determines the maximum loan a person can take out to buy a house based on income.

At the time, the Finance Ministry pushed for the easing regardless of concerns about runaway household debt. Reportedly, the FSC was in opposition to raising the ratios.

After the implementation of the policy, the nation’s household debt kept growing and hit a new high of 1,090 trillion won ($990.4 billion) as of February, according to the Bank of Korea.

“The FSC should come up with its own measures to prevent explosive growth in household debt,” said Rep. Shin. “Last year’s LTV and DTI measures hurt the financial soundness of the working-class.”

Yim, a former chairman of Nonghyup Financial Group and bureaucrat at the Finance Ministry, was appointed FSC chairman on Feb.17 as part of a cabinet reshuffle.

His appointment was expected to help push reforms in the financial industry forward. The finance sector has been criticized by the president for resistance to change.

After the announcement, Yim told reporters that he will take the appointment as a mission to complete reforms in the financial industry.

At a forum Wednesday, Finance Minister Choi Kyung-hwan called for radical reform of the financial sector, saying growth in the financial industry is retreating.

“Some problems should be fixed in the financial sector,” Choi said. “It is difficult to secure growth momentum without reform as aggressive as in the late 1990s.”