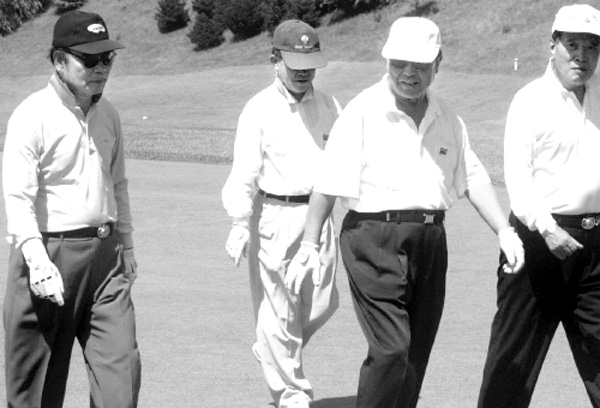 What’s a “golf treat?” asked a Korea correspondent for a European media outlet. He had many questions about the so-called Kim Young-ran Act, from why the bill applies to reporters to what’s wrong with treating someone to a round of golf. I wasn’t sure where to begin.

The following is what I explained to him, and it will help foreign reporters and other readers understand what this anti-graft law is all about.

It was in the 1990s that golf treats for reporters appeared. PR managers invited reporters and media executives to golf outings. Also, high-level officials, politicians and lawyers used golf to build relationships with reporters.

Then the practice spread drastically in the late 1990s for two reasons. First of all, more people enjoyed golf. As reporters and sources talked, the subject would invariably move on to golf, and they would say, “Let’s play together sometime.” It was when Park Se-ri, Park Ji-eun and Kim Mi-hyun were winning LPGA tournaments in the United States. Secondly, the drinking culture changed. In the old days, reporters and sources often got drunk. Sources would buy drinks to treat the reporters, and the reporters hoped that alcohol would make the sources talk more. Then, both reporters and sources grew skeptical and agreed to exercise together and get healthy rather than wasted.

Today, golf treats have decreased considerably. The Roh Moo-hyun administration emphasized that civil servants should keep their distance from reporters, and invitations from government agencies or officials hardly ever occurred. In the Park Geun-hye administration, which has practically banned civil servants from playing golf, the practice has disappeared altogether. Nowadays, reporters are invited to play golf by corporate executives, politicians or lawyers. It is not that hard to book a round, and golf is getting increasingly inexpensive. So many reporters enjoy the sport on their own. Most young reporters value their privacy and personal time and are not very interested in playing golf.

From September 2016, civil servants and reporters are subject to investigation and punishment for giving or receiving golf treats. In order to save yourself from disgrace, you should either stop playing golf or pay for your own rounds and make sure to keep a receipt.

It is rather strange that the law includes reporters, but the National Assembly represents the citizens, and we have to follow the laws passed by the lawmakers.