Luna to appear in web drama

Luna to appear in web drama 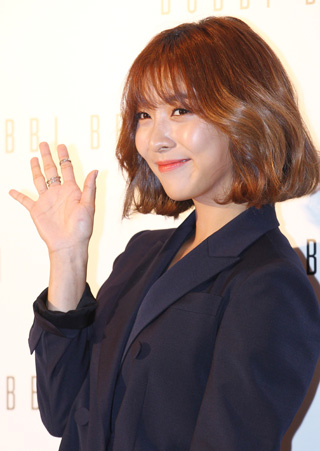 Luna, a member of girl group f(x), is set to appear in the upcoming web drama series “Jumping Girl,” along with other K-pop acts including U-Kwon and B-Bomb, members of the boy band Block B.

Jung Hana, a member of girl group Secret, also stars in the program.

The web series is based on an eponymous web cartoon and centers on four young people with different jobs and personalities.

In the show, Luna plays an ordinary woman in her 20s, while B-Bomb takes on the role of an up-and-coming star.

The 15-episode web drama will begin airing next month. Each episode is about 10-minutes long.