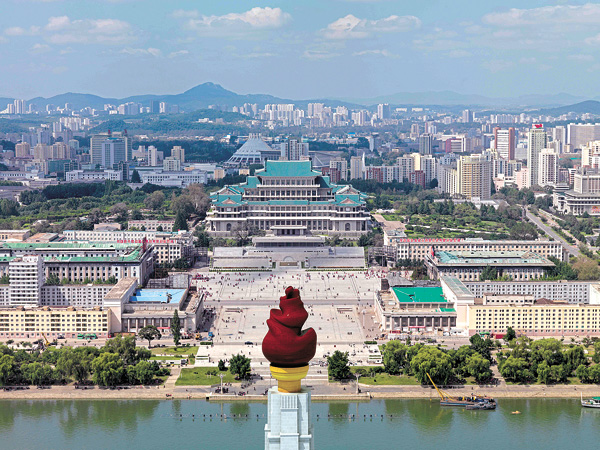 North and South Korea have gone in starkly different directions since the 1953 armistice - the former uniquely totalitarian with a Communist system and the latter a capitalist country.

Still, visitors to “Crow’s Eye View: the Korean Peninsula,” a photo exhibition that runs until May 10 in the Arko Art Center in Seoul, may see that the views of central Pyongyang and Seoul have strange similarities.

The architecture in South Korea - which was democratized in earnest in the 1990s - still has traces of authoritarianism from its former military regime and, on those points, parallel North Korea’s totalitarian edifices.

However, they differ in the details. The South “has long served the requirements of capitalism,” which inevitably leads to individualism, according to Arko. In that sense, the exhibition makes sure to focus on how the architecture of North and South Korea has distinctly evolved since the division of the peninsula. 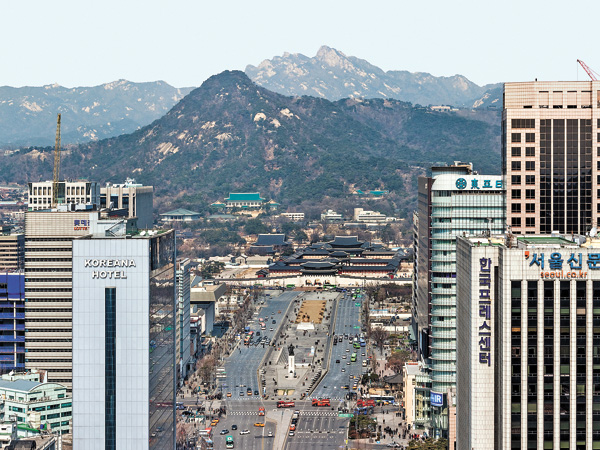 A 2014 photo of Sejongno street, Seoul, by Shin Kyung-sub show that the architecture of both Koreas have similar qualities. Provided by Arko Art Center