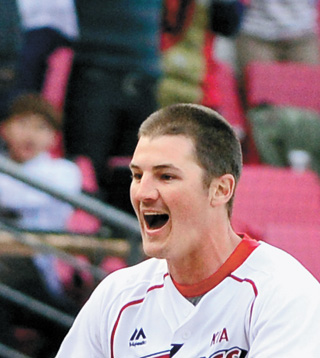 Tigers fans may have shouted, “Feel so good,” “Pill so good,” or both after Sunday’s 7-6 thriller against the LG Twins. The 30-year-old American, who was previously with the San Francisco Giants, hit a two-run walk-off homer against Twins closer Bong Jung-keun in the bottom of the ninth inning.

The first baseman, who is in his second year in the KBO, also slammed a three-run homer in the bottom of the third inning with his team trailing 2-0.

Thanks to his career-high five RBIs, the Tigers were 2-0 after the opening weekend.