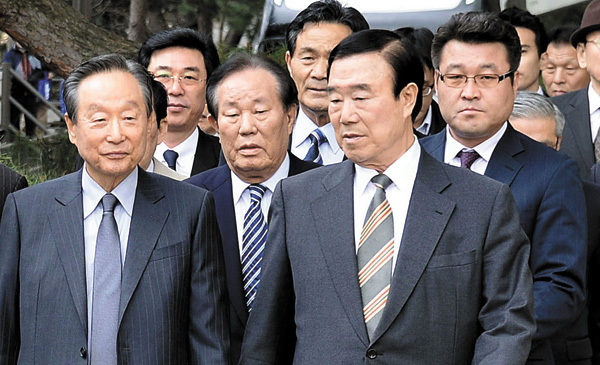 Kwon Rho-kap, left, a key loyalist to the late President Kim Dae-jung, and other politicians, who belong to what is known as the Donggyo-dong faction, walk in the graveyard on Tuesday set up for the former president in the National Cemetery in Dongjak-dong, southern Seoul. Before paying his respects to the late Kim, Kwon told reporters that the Donggyo-dong faction will support the NPAD in the upcoming April 29 by-elections. [NEWSIS]