Koreans usually celebrate the culture of reading during fall, but instead this year, the Ministry of Culture, Sports and Tourism has joined forces with associations of publishers, bookstores and libraries to hold a large-scale book festival along the Cheonggye Stream in Jung District, central Seoul, today.

In 1995, Unesco designated the event to promote reading, publishing and awareness of copyrights.

April 23 is both the anniversary of the death of William Shakespeare (1564-1616), and St. George’s Day in Catalonia, Spain. People have exchanged roses and books with their loved ones on this day for decades.

The Korean publishing community has celebrated the day in the past. But Chaekdeurim Day marks the first time for them to join hands with the central government, according to the organizers.

The move is in line with the President Park Geun-hye administration’s key policy initiative to promote humanities and liberal arts.

“We were going to hold the event last year but postponed it to this year due to the Sewol ferry sinking incident,” said Go Uk-seong, an official at the ministry’s humanities and culture department, referring to the disaster that killed 304 people last April.

The organizers will hand out 423 books and 423 roses to people at Cheonggye Stream to mark April 23.

Talks by renowned writers such as Kim Hong-shin and Lee Seung-u are planned.

Also of interest is the Book Exchange Flea Market where people can hand in books and get others in return.

There will also be dozens of book exhibitions, as well as programs where people can make pop-up cards, pen calligraphy pieces and write poems at booths set up by publishers and various associations throughout the day.

Performances by a samulnori (traditional percussion) group, a gayageum (traditional zither) band and jazz and classical musicians will add to the festive mood of the day.

Some book stores in cities outside Seoul - including Busan, Daejeon, Gwangju and Chuncheon - will also take part in the festival in their respective locations.

Additionally, a rare exhibition at the Songdo Cenvensia in Incheon, east of Seoul, is underway. Incheon has been designated as the World Book Capital by Unesco this year and the city has planned a host of events until April 2016. At the exhibition, which runs until Friday, some inaugural editions of Korean newspapers and magazines will be on display.

A program that allows travelers from overseas to visit historic places related to the “Tripitaka Koreana” woodblocks (Palman Daejanggyeong) is also being offered in association with World Book Day. 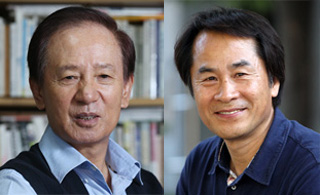 “Incheon is where the woodblocks were made,” Kim Dong-bin, the Incheon city government’s director on culture, tourism and sports, said. “Also, a version of the tripitaka was kept at a storehouse in Mount Jeongjok [in Incheon].”

However, highlights of the activities for the World Book Capital event will take place in fall, including an exhibition on Korea’s documentary heritage listed on Unesco’s Memory of the World Register, such as the “Tripitaka Koreana” woodblocks; “Jikji Simche Yojeol,” the world’s oldest movable metal-type printings of Zen Buddhism essentials; and the Uigwe books on royal protocols. 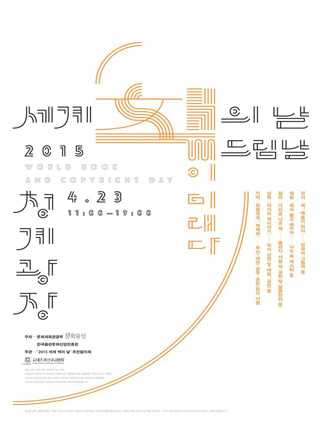