Babies‘R’Us arrives in the local market

Babies‘R’Us arrives in the local market 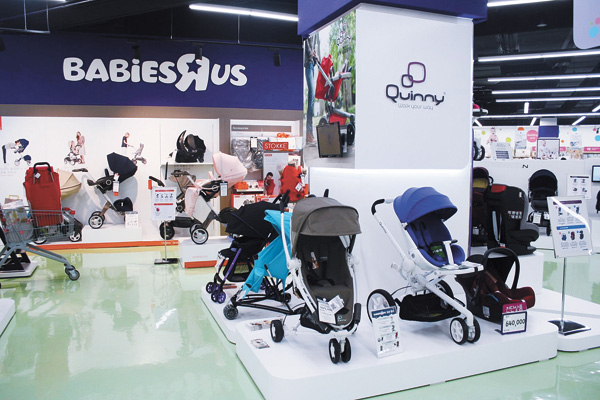 There are 33 different stroller brands on display including Stokke, Bugaboo and Quinny, and 300 different infant care products like high chairs and booster seats. Imported baby snacks and organic baby clothes and bedding are also offered.

“Our customers will be able to actually see and sample products in person at the store, which is difficult to do online,” Lotte said in a statement.

Babies“R”Us is a U.S. baby-to-toddler products retailer operated by Toys“R”Us. There are 250 Babies“R”Us stores in the U.S., and 670 stores outside of the U.S. in 17 countries including Canada, France and Japan, according to Lotte.

Local Toys“R”Us stores - 34 of them - are operated by Lotte Mart. The company said its success with the U.S. toy store was seminal in securing the right to operate Babies“R”Us.