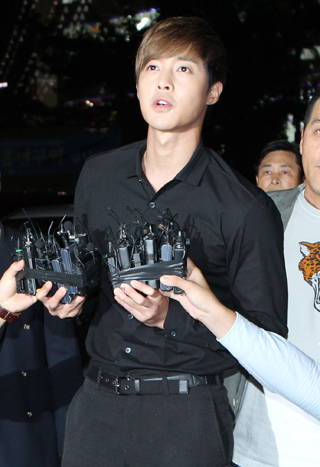 Singer-actor Kim Hyun-joong has once again found himself at the center of controversy regarding his ex-girlfriend’s pregnancy.

The report added that Kim’s ex had been carrying his child before she filed a charge against him claiming that the miscarriage was the result of the entertainer’s abuse.

In response to the news report, the 28-year-old argued that her claims were ungrounded and that he planned to check hospital records. According to Kim’s attorney, if the woman’s claim turns out to be false, the singer will file suit against her for extortion.