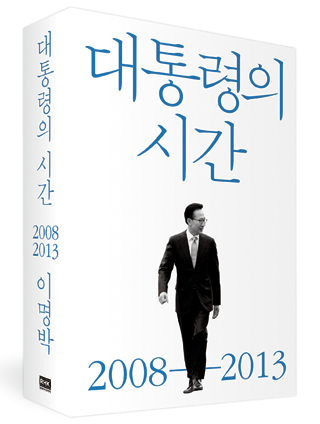 After former President Lee Myung-bak published a controversial memoir in February disclosing details about dealings with North Korea, Pyongyang performed an extensive investigation into officials in charge of inter-Korean relations, according to a government official well-informed about North Korean affairs.

The official told the JoongAng Ilbo on Friday, “North Korea authorities are conducting a fierce investigation in response to former President Lee’s memoir’s description of North-South relations during his time in office.”

High-ranking officials of the North’s Unified Front Department, which is in charge of South Korea affairs, have already been investigated, said the source. They include Director Kim Yang-gon, Deputy Director Won Tong-yon and Maeng Kyong-il.

“And officials are currently being monitored.”

In his memoir, “The President’s Time 2008-2013,” Lee exposed secret negotiations between the two Koreas during his five-year term. When the book came out, critics said it could imperil the North Korean officials involved.

Pyongyang is especially ruffled over the sections that dealt with North Korean officials making demands for economic support amid inter-Korean summit negotiations and parts that dealt with China.

Kim, director of the Unified Front Department, held a meeting with then-Labor Minister Yim Tae-hee in Singapore in 2009 to discuss an inter-Korean summit. The book says that Kim told Yim, “If I return without an outcome, it means death.”

The book also included a description of Lee’s conversation with Wen Jiabao, the Chinese premier, during a dinner on Jan. 10, 2012, in Beijing after Kim Jong-il’s death in December 2011.

Lee told Wen he was worried about the North’s future because Kim Jong-un as a young leader would likely run the country for 50 or 60 years.

“But would that go with the flow of history?” Wen was quoted as replying.

Lee writes, “I understood his remarks to mean that we won’t have to be patient for too long concerning the North’s future.”

The chapter on North Korea was interpreted by critics as a justification of the Lee government’s North Korea policy, which was based on North Korea opening up and denuclearizing in return for economic assistance from the South to increase the North’s per capita income to $3,000. Little of that came about.

Others were concerned that North Korean negotiators would take an extremely cautious approach in future talks with the South in case they got burned in a similar way in the future.

Kim Yang-gon resumed his post after the investigation, said the official, but a considerable number of officials have been demoted or are undergoing ideological “re-education.” Apparently some were purged.

Another intelligence source said, “North Korea transferred some of the United Front Department’s tasks to its General Bureau of Reconnaissance,” the country’s elite military spy agency.