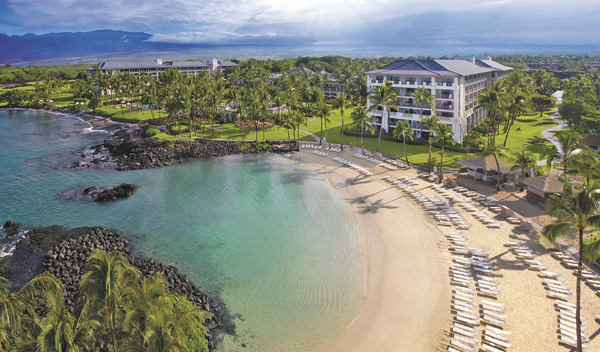 The Fairmont Orchid, The five-star resort in Hawaii was purchased by Mirae Asset Global Investments in May 2015 for 219 million dollars.

The National Pension Service and domestic emerging market specialists who did not know where to invest in a low interest rate environment are turning to other investments like the blue-chip real estate market abroad.

Mirae Asset Global Investments purchased The Fairmont Orchid in Hawaii, a five-star resort, from an American alternative investment specialist for 240 billion won ($220 million) on May 19. The Fairmont Orchid, a 540-room property on Kohala Coast, is one of the most popular luxury hotels on the island of Hawaii. 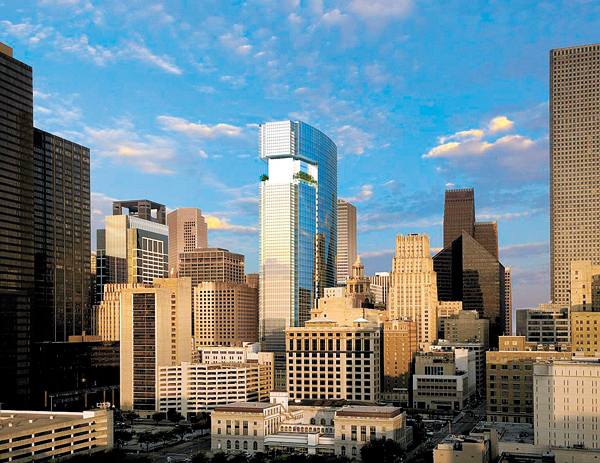 BG Group Place, The building in Houston, Texas was purchased by National Pension Service in May 2013 for 457 million dollars.

The emerging market specialist is now buying landmark buildings all over the world.

For example, it bought the Four Seasons Sydney for 380 billion won in 2013 and last year an office building at 1801 K St. NW in Washington D.C., which has tenants from the Federal Reserve, was bought for 450 billion won. The company has bought nine foreign blue-chip real estate properties, which are estimated to have cost 10 trillion won or more. 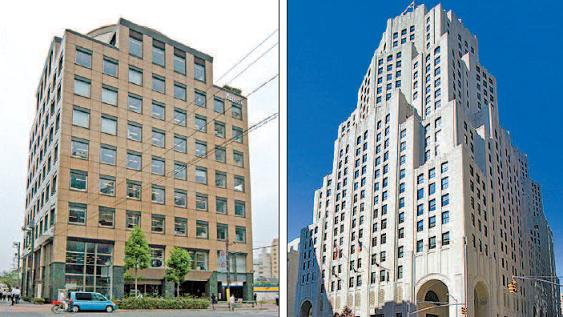 Left: The Yotsuya Building in Tokyo was purchased by Hyundai Securities in 2014 for 55.3 million dollars. Right: Trophy Tower in New York was traded at the highest price of 2.6 billon dollars.

The National Pension Service, the biggest investor in the domestic financial market, is also actively purchasing foreign real estate, even in pre-completion deals. The institution signed an agreement late last year to buy the Deutsche bank’s second headquarters - estimated to be worth 350 billion won - in Frankfurt, Germany, which is still under construction. The institution will pay by late 2016 when construction is scheduled be completed.

In partnership with Varma, a Finnish government pension fund, The National Pension Service agreed to purchase the Stockholm Centum shopping mall in Sweden for 500 billion won in March. The mall, within 20 minutes walking distance of central Stockholm, is one of the most crowded malls in Sweden and more than 14 million people visit it annually.

“The Korean government pension funds and credit unions also consider alternative investments, which brought keen competition among global financial institutions for getting more blue-chip properties,” he added. “Mirae Asset Global Investments plans to scale up investment 50 percent compared to the previous year, but we are not sure if we can achieve that goal as competition is getting very fierce.”

Stability and profitability are the goals in the robust investments in overseas real estate.

“Market volatility is relatively low in alternative investment markets compared to stock markets, but investors can still get stable returns like bonds,” he said.

The company has a handsome rate of return on investments and pays out two-digit dividends to its investors, which is as good as an equity fund. The National Pension Service gained 960 billion won from the sale of the HSBC headquarters in London to Qatar Investment Authority in December.

Hyundai Securities took over a shopping mall from Japanese retail giant Æon Group and started a leasing business in August 2013. Last year, it agreed to pay 6.5 billion yen ($53.4 million) for the Yotsuya Building in Shinjuku, Tokyo. Hanwha Asset Management invested in an office in Silicon Valley though a private equity fund and Korea Investment & Securities invested in a theme park in Chuncheon, the eighth Lego Land in the world, which is slated to open in 2017.

KDB Daewoo Securities is investing in aircraft. It jointly completed a contract on aircraft worth $72 million with a domestic institutional investor in March. The company invested in a B777-300ER, which it will lease back to Emirates, the state-owned airlines of Dubai. Last year, KDB Daewoo Securities made an investment of $29 million in an A330-300 used by Finnair.

“More people show an interest in alternative investment outlets such as aircraft investment, but those investments are limited to large institutions,” Kim Hee-joo, head of the PB Consulting Department at KDB Daewoo Securities, said.

“We plan to develop more diverse alternative investment products to serve not only institutional investors but also retail investors.”