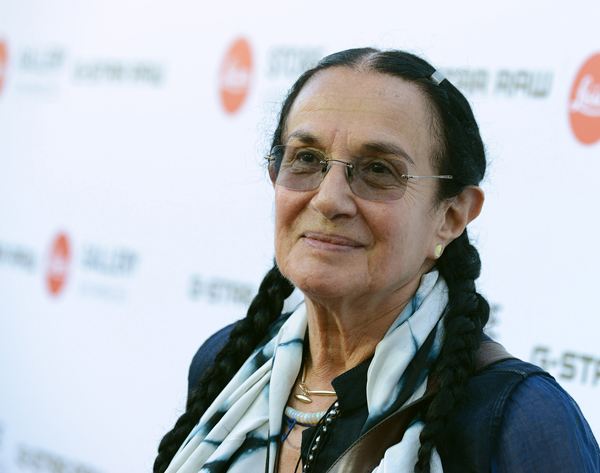 NEW YORK - Documentary photographer Mary Ellen Mark, called “a snake charmer of the soul’’ for her gift of capturing searing images of human vulnerability, has died at age 75.

She died Monday at a New York hospital after a long battle with a blood illness caused by bone marrow failure, her close friend Kelly Cutrone said.

Mark’s subjects ranged from runaway children and heroin addicts to celebrities and world leaders. She also pointed her lens at members of the Ku Klux Klan, a women’s security ward in a mental institution and various celebrities.

Over the decades, ``what resulted was, in fact, a lamentation: one of the most delicately shaded studies of vulnerability ever set on film,’’ wrote the late Time magazine art critic Robert Hughes.

A collection of Mark photographs in a book titled ``Streetwise’’ documents the life of Tiny Blackwell, a Seattle prostitute and drug addict Mark met in the 1980s when Tiny was 13. A new book on Blackwell photographed over decades is yet to be published, titled ``Tiny: Streetwise Revisited.’’

The photographer chose Seattle ``because it is known as `America’s most livable city,’’’ she wrote in the preface to her book on the subject. ``By choosing America’s ideal city we were making the point: `If street kids exist in a city like Seattle then they can be found everywhere in America, and we are therefore facing a major social problem of runaways in this country.’’’

Her latest project, for CNN, was New Orleans on the 10th anniversary of Hurricane Katrina.

Mark was raised in Elkins Park, Pennsylvania, just outside Philadelphia. In 1962, she graduated from the University of Pennsylvania with a bachelor of fine arts in art history and painting, followed by a master’s in photojournalism.

Her work drew attention in the 1960s, when she photographed heroin addicts in London, steeping herself in the humanity of overlooked subjects.

``She was a snake charmer of the soul,’’ said Cutrone, an author and publicist who considered Mark ``like my divine mother and mentor.’’ `’She had the ability and intuition to see inside people, to evoke their soul.’’

Mark, in her SoHo neighborhood, knew people in the street and in shops, Cutrone said.

``She talked to everybody,’’ she said. ``She was really connected.’’

``I’m staying with film, and with silver prints, and no Photoshop,’’ she told The Philadelphia Inquirer in 2008. ``That’s the way I learned photography: You make your picture in the camera. Now, so much is made in the computer. ... I’m not anti-digital, I just think, for me, film works better.’’

Mark is survived by her husband, filmmaker Martin Bell, who directed the documentary ``Streetwise’’ based on her images. A New York memorial is planned for Sept. 10. AP