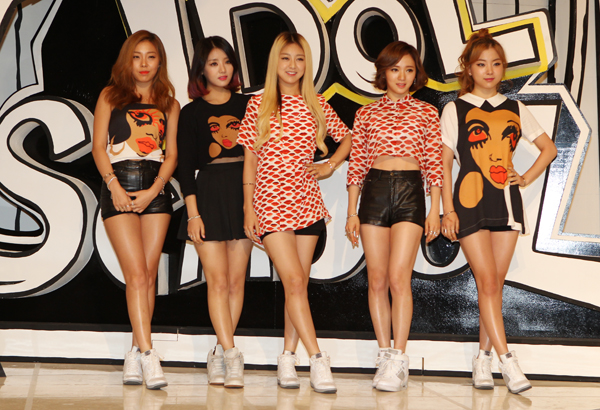 Girl group Ladies’ Code will hold a memorial concert for two of their members, Kwon Ri-se and EunB, who died in a car accident in September.
The performance will be staged in Tokyo on Aug. 22 under the name “Ri-se and EunB Memorial Concert.”
The girl group’s agency, however, told Korean media outlet Joy New 24 on Friday morning that it can’t guarantee whether Ladies’ Code will be able to hold a comeback performance in Korea within this year.
The remaining members of the girl group and their agency, Polaris Entertainment, decided to schedule the show to realize Kwon’s long-time wish to perform in Japan.
“I wish to hold a solo performance in a stadium hall that is as big as Yokohama Stadium,” said Kwon, who has family in Japan, during an interview last March.
The girl group debuted with the single “Hate You” in 2013 and has been receiving the spotlight from their hit songs such as “So Wonderful” and “Kiss Kiss.”
The fatal accident happened when the band were on their way from Daegu to Seoul after attending the recording of KBS’s “Open Concert” in September, which led to the deaths of Kwon and EunB.
The other three members suffered injuries.