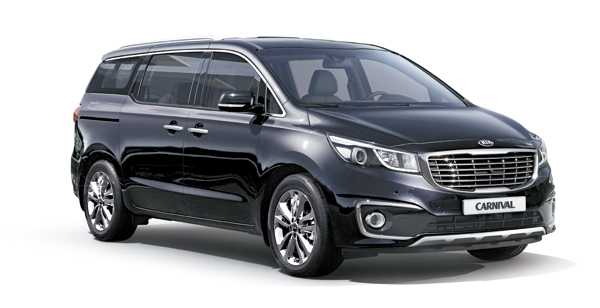 Kia Motors said Sunday it has started selling the nine-seat, gas engine Carnival, their top-selling minivan. The company launched the seven-seat model in March with a gas engine.

The nine-seat model has a V6 3.3 Ramda II GDI engine and the seven-seat model’s premium exterior options were applied to the bigger model. They include leather seats and a wood grain steering wheel and dash kits.

The model is offered at 35.1 million won, 1.4 million cheaper than the diesel-engine based Nobless trim.

Introduced a year ago, the third-generation Carnival has been one of the most popular minivans in the country, with a total sales volume of 52,661 units through April.