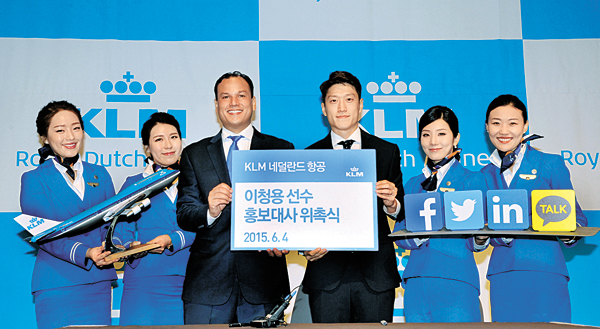 KLM Royal Dutch Airlines in Korea said Thursday it has launched a ticket reservation system through the country’s leading mobile messaging service KakaoTalk. Using the application, passengers will be able to reserve and cancel their flight tickets, as well as send questions to customer service. The company said it will provide answers all questions within an hour and that using the nation’s most popular mobile messaging service would help them strengthen their bond with Korean consumers.

The company also appointed English Premier League football star Lee Chung-yong, who is a member of the Korean national football team, as the airline’s honorary ambassador.