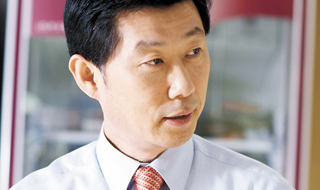 Pan Ocean creditors and shareholders approved the deal on Friday.

Harim, partnering with JKL Partners, participated in the bid last year and was picked as the preferred bidder in December.

The company paid over 1 trillion won ($895.5 billion) for the deal earlier this month.

Harim said it expects great synergy from the merger, as it has been in need of reliable and efficient transportation for the grain and corn it uses in its feed.

“Prices of grain and corn are determined by international markets, so there is not much room for cost efficiency,” said a Harim spokeswoman.

“However, efficient and reliable transportation for grain and corn, much of which are imported from the U.S. and Brazil, will help us save costs, [increasing] overall operational efficiency.”

Korea depends almost entirely on foreign companies like Cargil, ADM and Louis Dreyfus for grain supplies, from purchasing to transportation.

“In the longer term, attaining a degree of independence will be critical,” the spokeswoman said.

In contrast, Japanese grain companies already have export terminals and manufacturing units in major grain supplying countries such as the United States and Brazil.

The deal has not been easy due to early opposition from minority stakeholders who were unhappy with the terms. Harim had requested capital reduction following a review of Pan Ocean’s books, which showed the company was laden with debt.

The court intervened and offered a capital reduction ratio of 1.25 to 1, which was approved on Friday by a majority of shareholders and creditors. About 87 percent of the creditors and 61.6 percent of the shareholders who attended the vote reportedly approved the takeover, which is expected to be finalized by the end of July.

Meanwhile Pan Ocean, which spun off from now-defunct shipbuilding conglomerate STX Group and has been under court receivership since 2013, reported an 18.6 percent rise in operating profits for the first quarter of this year, helped by falls in energy prices.

Shipbuilders have been hit particularly hard by falls in orders as the world economy continues to deal with the slowdown.