Bassett to play ‘Six’ in game

Bassett to play ‘Six’ in game 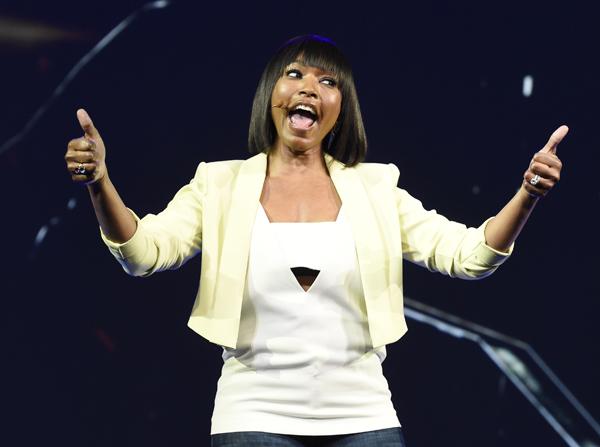 LOS ANGELES - Angela Bassett is taking on the mantle of “Six,’’ the codename for the leader of the elite counter-terrorism group depicted in the video game series “Tom Clancy’s Rainbow Six.’’

Bassett was unveiled Monday during a Ubisoft news conference at E3 as the latest “Six’’ in the upcoming “Rainbow Six: Siege’’ installment of the publisher’s long-running shooter series. The character has always been portrayed as male in past “Rainbow Six’’ games, as well as in Clancy’s original novel.

“We’ve known for quite some time we’ve been looking to cast a female actress for ‘Six’ this time around,’’ said “Rainbow Six’’ animation director Scott Mitchell. “Angela Bassett was one of our top choices from the beginning. We were looking for someone who could deliver a strong, commanding performance.’’

In the game, players will portray one of several international operators under the command of Bassett’s character, akin to “M’’ in the James Bond franchise. It’s a formidable position that’s not entirely foreign to the veteran actress. On film, Bassett has played the head of the Secret Service in “Olympus Has Fallen,’’ a CIA chief in “This Means War’’ and an ambassador in “Survivor.’’

However, the technical requirements for capturing Bassett’s virtual performance for “Rainbow Six: Siege,’’ were all new to the “American Horror Story’’ star. She donned a motion-capture suit and performed within a high-tech sphere comprising hundreds of cameras focused on her facial experiences.

“It was a layering technique, which is very different from film, but it was very, very interesting,’’ Bassett said. AP