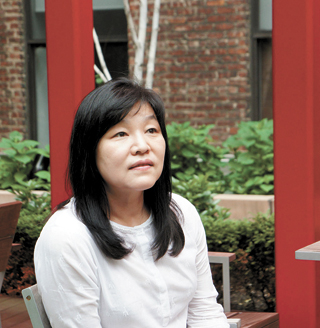 Renowned Korean novelist Shin Kyung-sook denied allegations on Wednesday that she plagiarized the work of another writer.

Novelist Lee Eung-jun wrote in an article published on Huffington Post Korea on Tuesday that Shin plagiarized from “Patriotism” (1961) by Japanese author Yukio Mishima (1925-70) for her short story “Legend” (1996).

“Patriotism” was translated into Korean by critically acclaimed poet Kim Hu-ran in 1983.

The allegation brought a shock to the local literary circle, as well as to readers, because Shin is not only an incredibly influential literary figure in Korea, she is also one of the few Korean authors who has built a successful career internationally. 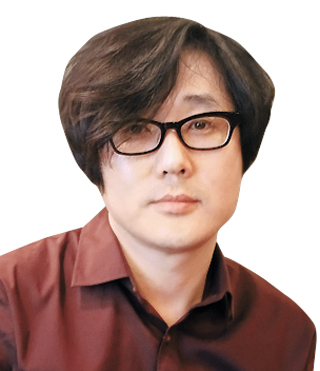 Shin is best known in the West for her record-breaking “Please Look After Mom” (2009), which has been published in 19 countries.

Through an email distributed by her publisher, Changbi, Shin said she is not familiar with “Patriotism,” although she’s read another book by its author.

“I feel sorry and heartbroken for my readers for this confusion,” she said. “As we’ve been through many ups and downs, I only hope that they will believe me. Things like this only leave scars on authors, so I will not respond [to the claims] regardless of the truth.”

Changbi also defended Shin in a press release, stating that the only similarity between the two works is that a newly married couple appears in both.

“As for the parts where the newlyweds open their eyes to sexual desire [the parts cited as plagiarism], newlywed is a common theme, and the descriptions aren’t original enough to define the whole works anyway.”

The publisher added that “the parts do not make up a signification portion of the works.”

Lee Eung-jun’s article on Tuesday began by juxtaposing paragraphs from Mishima’s “Patriotism” and Shin’s “Legend.” He points to the phrase “[She] became the body that knows pleasure,” which can be found in both of the works.

“This kind of linguistic expression, like ‘speed of memories,’ is a very poetic expression ... and it’s not something that just comes up, unless someone consciously plagiarized it,” he wrote.

He added that Shin is “an author whose works are often accused of plagiarism” and that he decided to risk his career by publishing the article as he wanted the allegations to be made logically and officially rather than roam around on the Internet as rumors.

In an interview Wednesday with Munhwa Ilbo, poet Kim Hu-ran said cautiously, “the specific phrase goes beyond accidental similarity,” adding “only minor expressions differ, and the whole idea and scene are almost the same.”

In 1999, Shin was accused of plagiarizing Kenji Maruyama’s “Water Family” for her work “Goodbye” (1999). Back then, she and literary critic Park Cheol-hwa, who raised the claim, argued back and forth about the allegations through newspaper columns, but the issue remained unresolved.