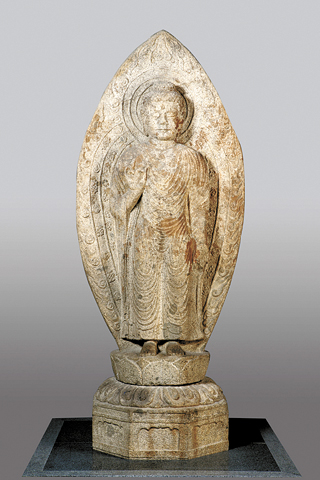 Located in Wolseong County, North Gyeongsang, Gamsansa Temple was built in 719 by a dedicated Silla Buddhist named Kim Ji-sung to bring peace to the spirits of his deceased parents, as well as protect the king and royal family.

Both statues are now stored in the National Museum of Korea in Seoul.

This standing Amitabha Buddha is highly regarded for its realistic facial features, which many experts believe most closely resemble the Korean people of the Silla Dynasty (57 B.C. - 935 A.D.).

Art historians regard the statue as one of the finest examples of “idealistic realist style” developed by Unified Silla artisans.